LOS ANGELES (CBSLA.com) — Attorneys for a California State University, Northridge scientist who was terminated from his job after discovering soft tissue on a triceratops fossil have filed a lawsuit against the university.

While at the Hell Creek Formation excavation site in Montana, researcher Mark Armitage discovered what he believed to be the largest triceratops horn ever unearthed at the site, according to attorney Brad Dacus of Pacific Justice Institute.

Upon examination of the horn under a high-powered microscope back at CSUN, Dacus says Armitage was “fascinated” to find soft tissue on the sample – a discovery Bacus said stunned members of the school’s biology department and even some students “because it indicates that dinosaurs roamed the earth only thousands of years in the past rather than going extinct 60 million years ago.”

“Since some creationists, like [Armitage], believe that the triceratops bones are only 4,000 years old at most, [Armitage’s] work vindicated his view that these dinosaurs roamed the planet relatively recently,” according to the complaint filed July 22 in Los Angeles Superior Court.

The lawsuit against the CSUN board of trustees cites discrimination for perceived religious views.

Armitage’s findings were eventually published in July 2013 in a peer-reviewed scientific journal.

According to court documents, shortly after the original soft tissue discovery, a CSUN official told Armitage, “We are not going to tolerate your religion in this department!”

Armitage, a published scientist of over 30 years, was subsequently let go after CSUN abruptly claimed his appointment at the university of 38 months had been temporary, and claimed a lack of funding for his position, according to attorneys.

“Terminating an employee because of their religious views is completely inappropriate and illegal,” Dacus said in a statement. “But doing so in an attempt to silence scientific speech at a public university is even more alarming. This should be a wakeup call and warning to the entire world of academia.”

CSUN spokesperson Carmen Ramos Chandler told CBSLA Armitage was a a temporary hire between 2010-2013 and worked as an electron microscopy technician.  She could not comment on the lawsuit as university officials had not yet received the complaint.

The discovery is the latest in several recent – and controversial – soft tissue finds by archaeologists: researchers last November claimed the controversial discovery of purported 68-million-year-old soft tissue from the bones of a Tyrannosaurus rex can be explained by iron in the dinosaur’s body, which they say preserved the tissue before it could decay.

The Interview with Dr. Mark Armitage

California State University, Northridge scientist, Mark Armitage found what he believed was the largest Triceratops tops horn ever unearthed in Montana.  When he analyzed the horn at CSUN he was fascinated to find soft tissue on the sample.  This discovery stunned Armitage and several members of the biology department because it indicates that dinosaurs roamed the Earth only thousands of years in the past and not over 60 million years ago! 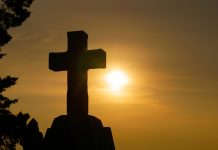 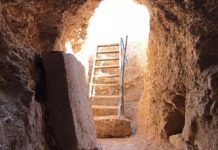 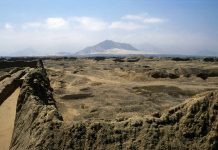