A Vatican Newspaper, “The Roman Observer,” on May 6th, 2018 published a piece praising Karl Marx, the founder of Marxism, and the co-author of the Communist Manifesto. The publication is the daily newspaper of the Vatican City State and is owned by ‘The Holy See.’

Last Sunday, an article titled “Marx in controluce (Closer to Marx),” was produced by the Holy See’s Newspaper, in which, Cardinal Reinhard Marx praises Karl Marx.

Officially, the founder of communism has been denounced by the Catholic Church since the 19th century. However, Cardinal Marx praised K. Marx and likened him to a ‘Church Father.’ 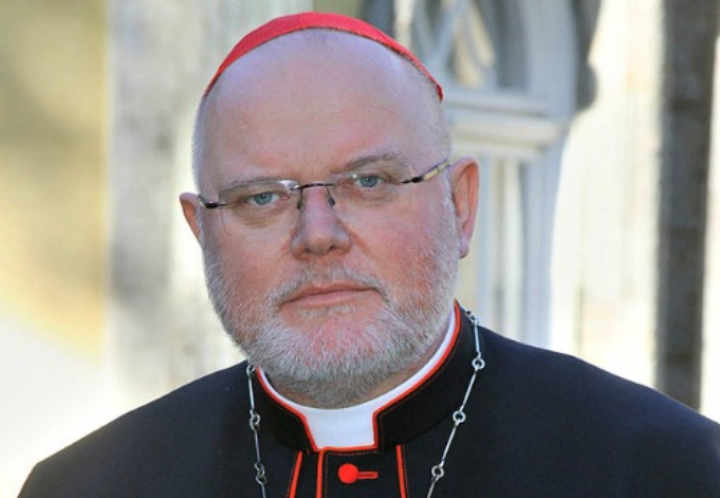 The Cardinal claimed, according to the Roman Observer, that; “We are all on the shoulders of Karl Marx. That does not mean that he is a church father.”

In addition, the Paper quoted the Cardinal as saying; “If one can not, historically, separate a thinker from what others have done later in his name,” it is true, but also true, that he can not be blamed for everything that was committed by his theories in the gulag of Stalin.” 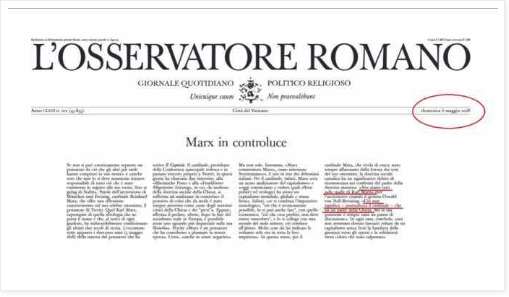 Without rebuttal or a contradicting statement the Pope’s Paper, is in essence, in support of the Communist ideology. A respected Catholic blog, The Eponymous Flower, details the occurrence and reports that; “This outrageous formulation reserved for former popes and church leaders means that Karl Marx is not a church father, but almost one.”

“These astonishingly unrealistic words by the German cardinal [Reinhard Marx] were printed without comment and above all without contradiction by the pope’s daily newspaper.”

Previously, Pope Francis has given the impression that he supports Communism, on November 7th, 2016 it was revealed in an interview with Eugenio Scalfari, an Italian journalist for La Repubblica newspaper, that according to the Pope, “communists think like Christians.”

Scalfari asks; “You told me some time ago that the precept, “Love your neighbor as thyself” had to change, given the dark times that we are going through, and become “more than thyself.” So you yearn for a society where equality dominates. This, as you know, is the programme of Marxist socialism and then of communism. Are you, therefore, thinking of a Marxist type of society?”

In response, the Pope says; “It has been said many times, and my response has always been that, if anything, it is the communists who think like Christians. Christ spoke of a society where the poor, the weak and the marginalized have the right to decide. Not demagogues, not Barabbas, but the people, the poor, whether they have faith in a transcendent God or not. It is they who must help to achieve equality and freedom”.