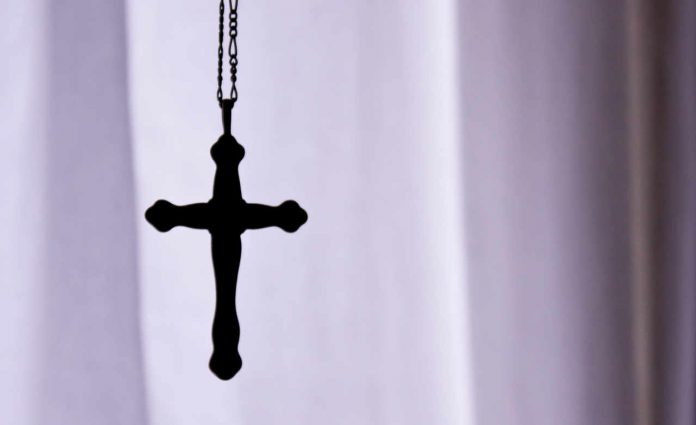 In Fredericksburg, Virginia a Lutheran Minister is facing a potential eviction from a senior living community for hosting a small Bible Study in the privacy of his own home.

First Liberty Institute is representing Pastor Ken Hauge who is alleging that management, of The Evergreens at Smith Run, is attempting to evict him wrongfully.

Furthermore, the Pastor has claimed that management is continually harassing and verbally lashing Christians who live in the complex.

“The threat of eviction follows repeated religious discrimination by The Evergreens management, including forcing Hauge to refer to his event as a ‘Book Review’ rather than a ‘Bible Study,’” First Liberty attorney Hiram Sasser wrote in a letter to the corporate owner of the community.

Todd Starnes of the Todd Starnes Radio Show reached out to investigate what was going on at the apartment community. Starnes contacted the Community Realty Company who directed him to local management.

However, local management did not respond to the request for commentary. Continuing, management withdrew support of a social event because a resident said grace over a meal. In addition, management banned all religious activities, such as prayers and gatherings, from the community room.

First Liberty Institute is calling on local management to rescind the eviction threat, rescind the rule that bans all religious activities from the community areas, and to stop the harassment of the people of faith.

Initially, Hauge was asked to lead a small group of 20 people in a nondenominational Bible study. Eventually, this was moved to a private apartment.

Hauge was subject to verbal harassment from other residents and management for the gathering, and as a result, they relocated the Bible study to a private apartment.

“Several residents attempted to interfere with the Bible study on several occasions,” Sasser said. “At least one of these residents repeatedly harassed and verbally abused Hauge and other Bible study attendees on the basis of their religious beliefs.”

Hauge received a verbal notice on July 23rd, 2018, threatening he and his wife with eviction if the pastor did not stop conducting Bible Study’s in the privacy of his own home.

“The notice threatened to terminate the Hauge’s lease and evict them unless Hauge stopped leading the Bible study entirely, either in his private apartment or in the community room,” Sasser said.

Publish the managements name and address, hire union thugs to beat the crap out of them

a good lawyer would take the building after a discrimination lawsuit

We still have3 freedom of religion. and these trouble makers better back off and rethink their motive before they end up in jail for evading… Read more »

and they will persecute you for my names’ sake

All these type of cases are easily won in court. You HAVE to go to court.

Clearwater Florida Police Are Being Paid To Escort Babies To Their...

Where’s The Outrage? Communists Cut off Water, Electricity to Churches For...