A situation with North Korea could end the lives of millions in North Korea, South Korea, Japan, Guam, and many other nations; thus effectively making this crisis one that the world has not seen since approximately World War Two.

North Korea has threatened the United States countless times with nuclear weapons, most of the time it is sheer rhetoric and propaganda, however as of August 8th, 2017, the US is now admitting that N. Korea has nuclear weapons. The hermit state crossed a key US threshold by producing a miniaturized nuclear warhead that can fit inside missiles, and so what was once just rhetoric can no longer be simply brushed off.

Over the last several days to weeks the tensions have drastically increased in relation to North Korea.

Several times over, the rhetoric from North Korea has surmounted like such and cooler heads prevailed, however is this time different?

The United States remained reluctant to affirm that North Korea has the capability to strike any part of the United States with a nuclear weapon, that is, until August 8th, 2017, when defense intelligence agencies completed a thorough analysis of the communist nation and the ensuing situation. According to another study conducted by the US, North Korea also may have up to 60 nuclear weapons at the disposal of North Korean leader Kim Jong Un. 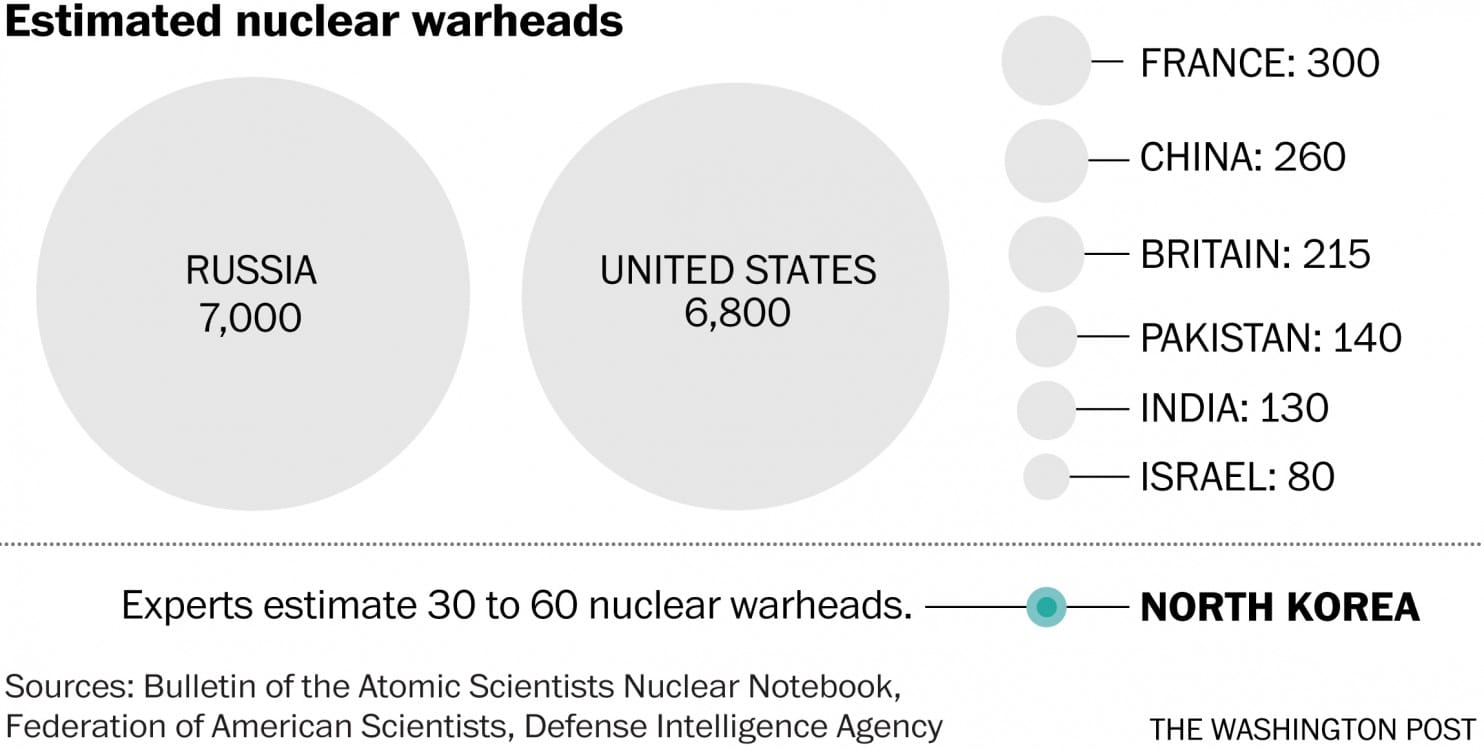 The threat of North Korea is escalating, but how much is just rhetoric?

Donald Trump stated just yesterday that North Korea will be met with ‘fire and fury’ like the world has never seen. Meanwhile in response North Korea is considering a ‘preemptive’ strike on Guam. The exchange itself appears as though the United States and North Korea are seconds away from war, however, according to Rex Tillerson Americans should sleep well at night because nothing, absolutely nothing has changed within the last twenty-four hours that would indicate war is nigh.

The Secretary of State also stated that in his opinion, President Trump was responding to the North Korean leader Kim Jong Un in a language that he may understand because Un is failing to understand diplomacy.

In accordance with Tillerson’s words unless North Korea takes action it would appear as though nothing has changed besides an exchange of ‘fiery’ words from both Donald Trump and Kim Jung Un. In understanding the situation, the crisis unfolding is in fact worsening, because of the ‘key US threshold’ that North Korea recently crossed. However as to where exactly that places the two nations on the road to war path remains unclear. Only time will tell how the situation unfolds. What say you reader?