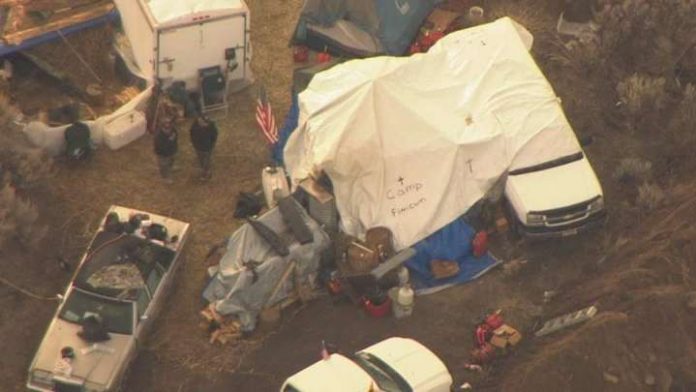 BURNS, OR (KPTV) – While the final four people occupying a rural Oregon wildlife refuge were surrendering Thursday morning, seven additional people in six states were arrested for their role in the standoff that lasted 41 days.

The seven suspects were scheduled to appear in federal court in their states Thursday and Friday, according to the Department of Justice.

Each suspect is charged with one felony count of conspiracy to impede officers of the United States from discharging their official duties through the use of force, intimidation or threats. That is the same charge the suspects previously arrested in connection to the occupation are facing.

The Department of Justice said Thursday that two additional defendants remain on the loose. Their names were not released.
Read more

The Silencing of the Lambs

The World Is Getting Crazier, But That’s Why We Do What We Do

Makes me wonder how this will end. Will those in custody get released on bond, or be detained until court? My guess is the Feds… Read more »

The Silencing of the Lambs