A possible federal government shutdown is still nearly a month away, but President Obama on Saturday began to lay the blame for such a shutdown at the feet of Republican leaders in Congress.

In his weekly address, the president said Republicans are playing games with the economy by once again allowing the end of the fiscal year to draw near without a budget deal in place. The fiscal year ends Sept. 30. If Congress doesn’t reach a budget agreement by then, the government will shut down for the second time in two years. 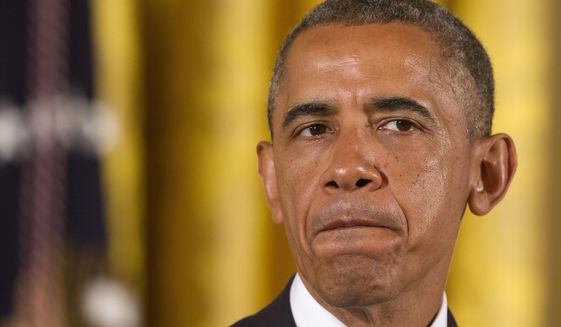 At the same time he warned of a potential shutdown, Mr. Obama also deepened battle lines with Republicans during his Saturday address, saying unequivocally that he’ll veto any spending bills that continue the so-called sequestration cuts or otherwise fail to make proper investments in Democratic policy priorities.