Schemes to tackle climate change could prove disastrous for billions of people, but might be required for the good of the planet, scientists say.

That is the conclusion of a new set of studies into what’s become known as geo-engineering.

This is the so far unproven science of intervening in the climate to bring down temperatures.

These projects work by, for example, shading the Earth from the Sun or soaking up carbon dioxide.

Ideas include aircraft spraying out sulphur particles at high altitude to mimic the cooling effect of volcanoes or using artificial “trees” to absorb CO2.

Long regarded as the most bizarre of all solutions for global warming, ideas for geo-engineering have come in for more scrutiny in recent years as international efforts to limit carbon emissions have failed.

Now three combined research projects, led by teams from the universities of Leeds, Bristol and Oxford, have explored the implications in more detail.

The central conclusion, according to Dr Matt Watson of Bristol University, is that the issues surrounding geo-engineering – how it might work, the effects it might have and the potential downsides – are “really really complicated”. “We don’t like the idea but we’re more convinced than ever that we have to research it,” he said.

“Personally I find this stuff terrifying but we have to compare it to doing nothing, to business-as-usual leading us to a world with a 4C rise.”

The studies used computer models to simulate the possible implications of different technologies – with a major focus on ideas for making the deserts, seas and clouds more reflective so that incoming solar radiation does not reach the surface.

One simulation imagined sea-going vessels spraying dense plumes of particles into the air to try to alter the clouds. But the model found that this would be far less effective than once thought.

Another explored the option of injecting sulphate aerosols into the air above the Arctic in an effort to reverse the decline of sea-ice.

A key finding was that none of the simulations managed to keep the world’s temperature at the level experienced between 1986-2005 – suggesting that any effort would have to be maintained for years.

More alarming for the researchers were the potential implications for rainfall patterns.

Although all the simulations showed that blocking the Sun’s rays – or solar radiation management, as it is called – did reduce the global temperature, the models revealed profound changes to precipitation including disrupting the Indian Monsoon. 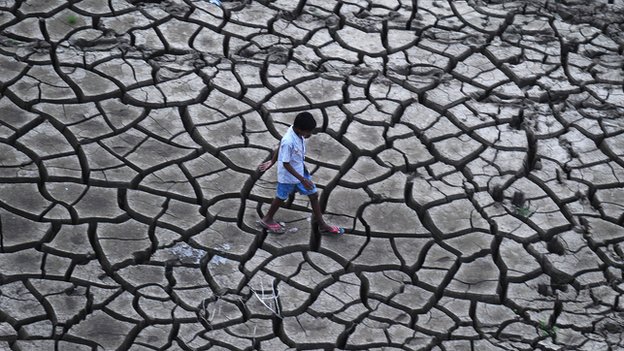 Prof Piers Forster of Leeds University said: “We have found that between 1.2 and 4.1 billion people could be adversely affected by changes in rainfall patterns.

“The most striking example of a downside would be the complete drying-out of the Sahel region of Africa – that would be very difficult to adapt to for those substantial populations – and that happens across all the scenarios.”

Despite the risk of catastrophic side-effects from geo-engineering, the study authors believe that research should continue just in case runaway warming leaves no other options.