A massive ‘gateway to hell’ volcano is about to open up in Africa depicted by NASA satellite imagery; the volcano is more accurately known as the Erta Ale volcano in Ethiopia.

Scientists claim that nearby tectonic earthquake activity is to blame. The movement is causing massive amounts of lava to spill out of the large, flat shield volcano, which features two lava lakes that have been bubbling and burning for decades.

Eyewitnesses are reporting that the lava lake levels have risen drastically over the last several weeks producing “massive overflows” and “intense spattering” on top of the new fissures, which are depicted in the NASA satellite imagery below. 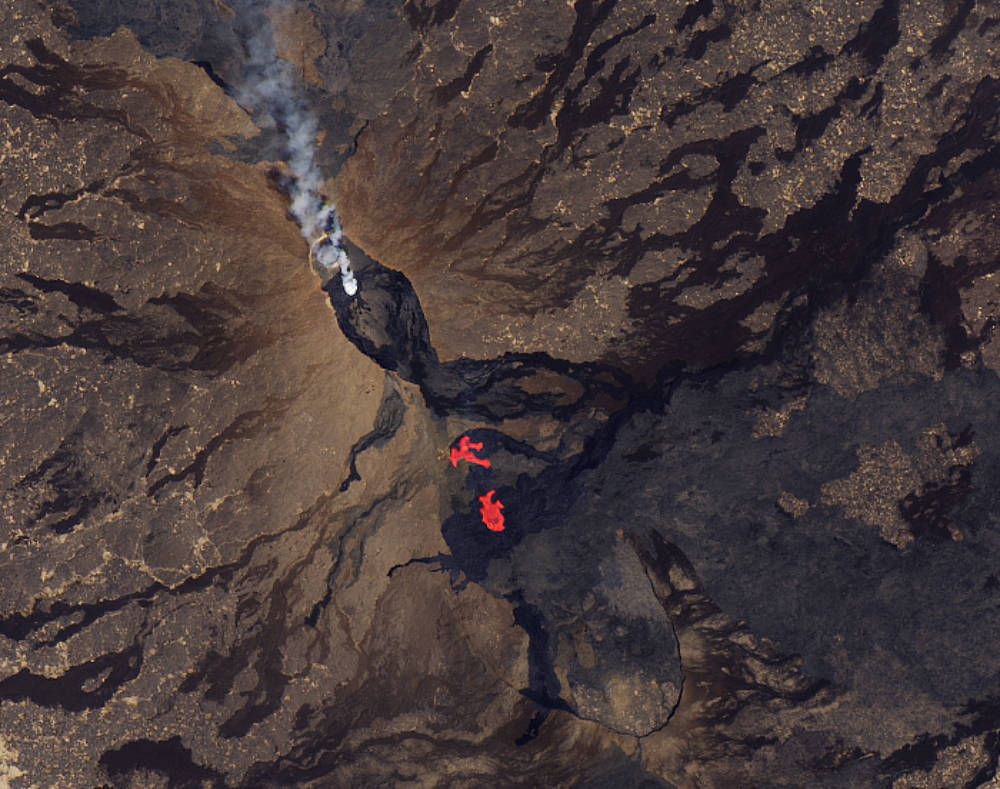 The locals describe the volcano with the nicknames ‘Gateway to Hell’ and ‘Smoking Mountain.’ The volcano is set 2,011 feet above sea level. It’s one of just five known volcanoes with molten lava lakes, and is the only one on record with two.

The location is part of the Danakil Depression in Ethiopia where three tectonic plates are sliding away from each other as Africa, and Asia move apart. The area is one of the hottest places on the planet, just another reason ‘Gateway to Hell’ is a fitting nickname.

Could this be another portal to the underworld, like the one seen in Siberia? Let us know what you think below!