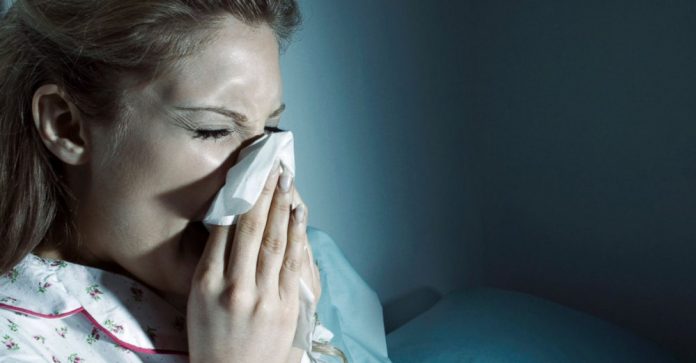 Flu season is reaching its peak, according to the Weather Channel, there are over 12,000 cases each week country wide. According to RSOE EDIS – four children have died from the flu in Ohio, and 2000 more have been hospitalized, you can see the full RSOE report below.

The Ohio Department of Health has confirmed four children have died from the flu. Statewide more than 2,000 children have been hospitalized. For Hilliard mom Meredith Wolfe that means she bundles her 3-month-old Lucinda each time she goes outside. Just part of her battle against the flu. “It is out there and we are making sure to wash every surface all the time to keep it out,” said Woelfle. “With big brother being in school, he is around more germs so we try to wash his hands as soon as he comes in and try not to have him get in sister’s face or grab her hands.” The teachers and caregivers at Agape Enrichment Academy are working to prevent the spread. They said, like many schools and day cares, they are reminding children to cough and sneeze into their elbows and to wash hands frequently. Local pediatricians are arming parents with better knowledge on what to do if the symptoms begin. “We are seeing an increased number of cases of the flu. It was late this year, but we are starting to see a lot more cases,” said Hilliard Pediatrics Dr. Rob Snyder. Snyder explained to parents keeping track of your child’s temperature is smart, but watching them even after the fever breaks is crucial. “Once the fever comes back down, we do expect the children to look better, clinically. They should get up move around and talk with their parents if they’re able to talk,” said Snyder. “What we do not want to see is fatigue worsening or a child seeming lethargic.” Symptoms of the flu include a cough, sore throat, stuffy nose, bodyaches, headaches, chills and sometimes diarrhea or vomiting “It just hurts your heart to think of your kids being exposed to the common cold or the flu and it could turn deadly,” said Woelfle. – Source

In addition to the above crisis, in East Tennessee, several schools closed for an entire week because of a mystery illness which gave off flu-like symptoms.

Almost 20% of students and staff were absent from one school, which caused a week-long closure. Several other incidences are popping up all over the nation, even where the flu shot has been administered.

I bet a big percentage of these people have taken the flu vaccine…stay safe, God Bless.

Zombie-Like Activity On The Rise Man On Plane Agitated Bites Another...