A very odd orb has been collected in Spain. The orb is of mechanical nature, but its origins are not known, just as the previous times orbs like such have been discovered.

A weird UFO-type orb was discovered in a field in Clasparra, Murcia, Spain, on Tuesday by two goat farmers. Technically, it is not a UFO (unidentified flying object), because it was on the ground when found, and not flying. However, the finding triggered hundreds of fanciful theories by extraterrestrial enthusiasts.

The two brothers, Francisco and Juan Espín del Amo, who had been attending to their herd in the area, were amazed to find a dark-grey orb, which they said looked like nothing anybody had ever seen before in the area.

According to local newspapers, they said “This must have fallen from the sky,” (“Esto ha tenido que caer del cielo”).

Patricia Ortega Dolz, writing in Spain’s national newspaper El País, wrote that locals first suggested it may have been a part of some military equipment. Perhaps the army had been carrying out tests in the area, or a weather rocket had been launched from an airplane. 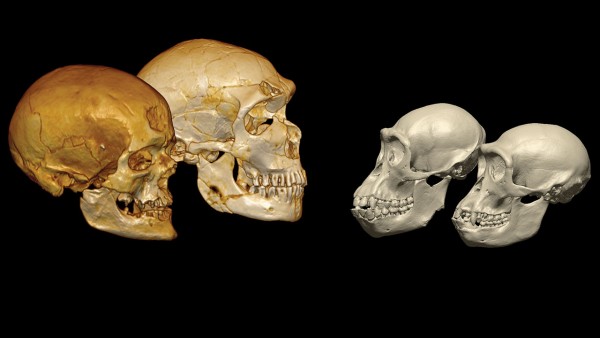 LONDON—In a remarkable technical feat, researchers have sequenced DNA from fossils in Spain that are about 300,000 to 400,000 years old and have found an ancestor—or close relative—of Neandertals. The nuclear DNA, which is the oldest ever sequenced from a member of the human family, may push back the date for the origins of the distinct ancestors of Neandertals and modern humans, according to a presentation here yesterday at the fifth annual meeting of the European Society for the study of human evolution.

Ever since researchers first discovered thousands of bones and teeth from 28 individuals in the mid-1990s from Sima de los Huesos (“pit of bones”), a cave in the Atapuerca Mountains of Spain, they had noted that the fossils looked a lot like primitive Neandertals. The Sima people, who lived before Neandertals, were thought to have emerged in Europe. Yet their teeth, jaws, and large nasal cavities were among the traits that closely resembled those of Neandertals, according to a team led by paleontologist Juan-Luis Arsuaga of the Complutense University of Madrid. As a result, his team classified the fossils as members of Homo heidelbergensis, a species that lived about 600,000 to 250,000 years ago in Europe, Africa, and Asia. Many researchers have thought H. heidelbergensis gave rise to Neandertals and perhaps also to our species, H. sapiens, in the past 400,000 years or so.