Winter-weary New England is bracing for another round of snow that could bring up to 2 feet of snow in some areas of the region.

The National Weather Service issued winter storm warnings for central New York, the western Catskills and much of New England through early Tuesday.

“I’m frustrated. The last thing I want to be talking about is another 24 inches of snow. I want to move on to something else,” Boston Mayor Marty Walsh said at City Hall. “It’s unprecedented … Maybe up in Alaska or Buffalo, they have this amount of snow and they’re used to it.”

Walsh said the city would close schools Tuesday as well, and he urged motorists to stay off the roads until the storm passes. Court closings Monday meant another weather-related delay in jury selection in the Boston Marathon bombing trial and in the murder trial in Fall River of former NFL star Aaron Hernandez.

The snow is likely to cause problems for workweek commuters, though it wasn’t expected to accumulate as rapidly as in earlier snowstorms, including a record-busting late January blizzard. It also posed little risk of the coastal flooding that last month’s winter blasts brought.

And while the snow is welcome at New England ski resorts, it’s a headache for some businesses.

“I normally have 15 to 20 dogs for day care but that’s down to half a dozen; people can’t get here,” Bruce Billings, owner of Canine College and Bow Wow Resort, a dog training, day care and boarding center in Holbrook, Massachusetts, 10 miles south of Boston told the Associated Press.

Billings said he’s trying to clear outdoor play areas with a snow blower because only the biggest dogs can frolic through snow that’s 2 to 3 feet deep.

“I love snow. I just hate having to clear it,” Billings added.

Boston’s transit system, the nation’s oldest, has been particularly hard hit this winter. The buildup of snow and ice on trolley tracks combined with aging equipment has stalled trains, delaying and angering commuters. Gov. Charlie Baker acknowledged last week the MBTA was handed an extraordinary situation with old equipment but said the system’s overall performance was unacceptable.

Over the weekend, the Massachusetts Bay Transportation Authority said crews were doing everything they could, including deploying massive jet-powered snow blowers, to clear tracks before the storm. Baker said Boston’s subway lines will operate on an abbreviated schedule Monday and he encouraged residents to work from home and avoid travel. The MBTA said it will try to keep commuter trains on a normal weekday schedule, but delays are likely.

Boston’s Logan International Airport will be allowing only a limited amount of flights to arrive and depart Monday so travelers should check with their airlines, Baker said. State offices will be closed Monday, with only emergency workers required to report for duty.

via Another big storm bears down on New England, may last days | Fox News. 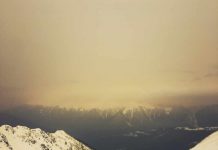 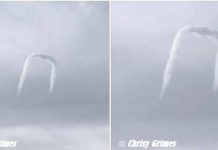 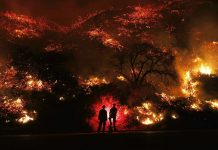