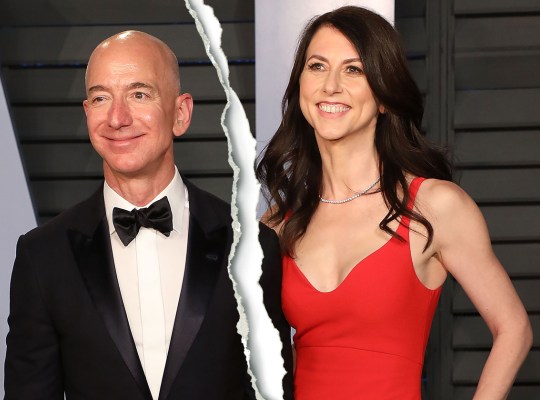 This is not a slam on Jeff Bezos, either explicitly or implicitly. This is not an attack on the rich. Or on liberals. Or on any other group of people.

All this is self-evident and needs no documentation.

The sobering lesson is that, as the Beatles sang, money can’t buy us love. Or peace. Or contentment. Or a stable marriage. Or a sense of purpose. Or morality. Or freedom from inner demons.

In fact, it’s often true that the more we have, the less content we are.

To be clear, poverty is not the key to happiness. Or peace. Or contentment. Or marital stability. Far from it.

Poverty is draining and demeaning. Poverty is burdensome. Poverty, in and of itself, is anything but a blessing.

On the flip side, I don’t know anyone who thinks, “If only I were poor! Then I’d be happy and content.”

But I know many who think, “If only I had more money! If only I were rich! Then I’d be happy and content.”

As Jesus warned, “Watch out! Be on your guard against all kinds of greed; life does not consist in an abundance of possessions” (Luke 12:15).

He also gave a warning to those who “[store] up things for themselves but [are] not rich toward God” (Luke 12:21).

The real question, then, is, are we rich toward God? Are we rich on the inside? That’s the key to contentment, joy, purpose – and a healthy marriage.

Some of the most content children I have ever met were kids aged 3-15 who lived in a children’s home in India. Some were orphans. Others came from families experiencing great hardship who were unable to care for their children.

These kids had a school uniform to wear and one additional set of clothing. They had no cell phones. No TVs. No computers.

They slept on the floor (more recently, they sleep on mattresses, several kids to each mattress), and they ate three simple meals a day.

Yet their smiles could light up the room, and along with getting the very best education offered in their entire community, they have gone on to productive careers, from pastors to medical doctors and from professors to homemakers.

The Book of Proverbs reminds us of what really matters with pithy sayings like this: Better a little with the fear of the Lord than great wealth with turmoil. Better a small serving of vegetables with love than a fattened calf with hatred” (Prov 15:16-17).

And this: “Better a little with righteousness than much gain with injustice” (Prov 16:8).

Who would argue with this?

There’s something else that the Bezos divorce brings to mind (and, to repeat, this is not an attack on the man; I pray for God’s best for his life).

In fact, often, it’s the rich and famous who struggle the most with self-image (just talk to a famous model about the internal battles many of them face). And often, it’s those who have access to anything, who have the most gorgeous men and women at their beck and call, who have the least long-term contentment.

Here’s some more wisdom from Proverbs.

“Better a dry crust with peace and quiet than a house full of feasting, with strife” (Prov 17:1).

Who could argue with this?

Or this: “Better the poor whose walk is blameless than a fool whose lips are perverse’ (Prov 19:1).

What price can you put on integrity? Or morality?

And who could argue with this? “Better to live on a corner of the roof than share a house with a quarrelsome wife [or, husband]” (Prov 21:9).

The point of all this is simple.

Let’s focus on our inner person more than on outward appearance.

Let’s put our emphasis on getting our spiritual houses in order before we pursue our earthly dreams.

Then, whether we’re rich or poor. Whether we’re famous or unknown. Whether we’re beautiful or homely. We can be blessed and content. Our marriages can be strong. Our families can be whole. And we can go to sleep at night with peace and wake up in the morning with purpose.

Is there anything more important than that?

Katy Perry’s “soul overhaul” leads her to the Vatican to promote...