Recently in Paraguay a strange humanoid creature has been discovered. The question is just what is this mysterious creature, and why is it here now? The analysis of this creature has revealed that it bares the closest resemblance to a chupacabra, which is actually native to the region. Below the video find the description of the chupacabra. 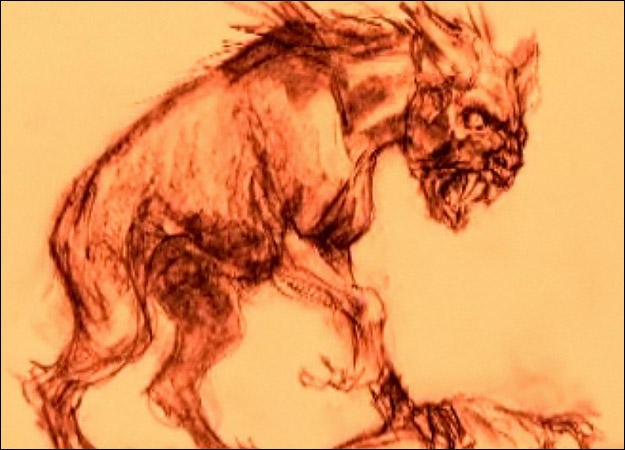 THE LEGEND OF EL CHUPACABRA: The legend of “El Chupacabra” began when goats and chickens started turning up dead in Puerto Rico in the 1990’s, drained of blood and with telltale puncture wounds in their necks but otherwise completely intact. Literally translated as “goat sucker” in Spanish, reports of Chupacabra spread from Puerto Rico to Mexico, Chile, Brazil and into the United States, from Texas to Florida, Michigan, Maine and even Oregon. Soon Chupacabra became a worldwide urban legend as news spread far and fast on a wave of Internet enthusiasm, taking hold of imaginations worldwide.

AN APPALLING APPEARANCE: While descriptions of the blood-sucking beast vary greatly, most describe it as a gray, lizard-like creature about 3 to 4 feet tall that walks upright on its muscular hind legs, similar to an archetypical alien. It reportedly has large eyes, fangs and a forked tongue with a row of sharp quills running down its back. However, others describe the monster as looking more like a giant, vicious kangaroo or disfigured coyote.

A HISTORY OF VIOLENCE? While reports of Chupacabra are relatively new, the phenomenon dates back to the 1970’s when Puerto Rican legend tells of El Vampiro de Moca, a supposed livestock-killing vampire in the small town of Moca. Whether Chupacabra exists or not, reports of bloodless murdered livestock persist. And to date, no satisfactory predator has ever been caught.

Christians. “Mysterious Genetic Creature With Human Hands Found Dead In Paraguay!! Is It the Chupacabra Or A Decomposing Monkey?” These Christian Times. . (2015): . . http://thesechristiantimes.com/2015/11/01/mysterious-genetic-creature-found-with-human-hands-found-dead-in-paraguay-is-it-the-chupacabra-or-a-decomposing-monkey/

Can we say flesh and blood manifestation of the “creatures” the bible talks about? Unfortunately, this little pet, is but the beginning of what we… Read more »

What in the World is Going on?! “Demons” on Camera: Strange...