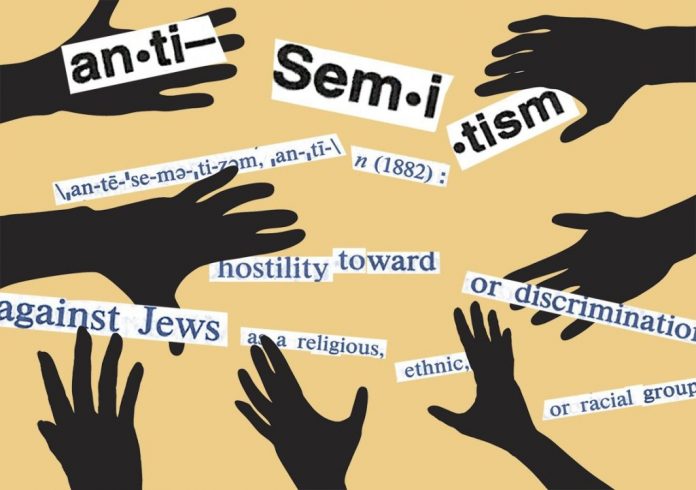 I have often observed how church denominations which become liberal inevitably change their views on abortion, homosexuality, and Israel. And the more liberal they become, the more militant their pro-abortion, pro-homosexuality, and anti-Israel stances become. Will this be the fate of the Democratic Party? It’s already more than two-thirds there.

On Tuesday, we posted a meme on Facebook with a picture of Linda Sarsour and this text: “Radical feminist and anti-Semite Linda Sarsour claims Nancy Pelosi ‘is a typical white feminist upholding the patriarchy doing the dirty work of powerful white men’ because of her support for Israel. The left is devouring itself.”

In response, Renee commented, “Mark my words, the Democrat party will, like the Labour UK party, turn into a full fledge Antisemitic and Anti Israel party. Its metamorphosis is happening Now by being complacent in addressing the antisemitic cancer within the party!”

Could she be right?

According to a May 6, 2019 headline on Gallup.com, “Americans, but Not Liberal Democrats, Mostly Pro-Israel.”

According to the article, based on results from a survey conducted in February, “The percentage of Republicans saying they sympathize more with Israel in the conflict [with the Palestinians] fell from an all-time high of 87% in 2018 to 76% today. Last year’s reading was taken as the Donald Trump administration was preparing to move the U.S. embassy in Israel to Jerusalem, a change that highlighted Trump’s strong support of Israel.

“The percentage of Democrats siding more with Israel fell less sharply, from 49% to 43%; however, today’s figure approaches the lowest level of Democratic partiality toward Israel since 2005.”

Is it a coincidence that the Republicans are more strongly pro-life and pro-family, as well as pro-Israel, than the Democrats? Are these three issues somehow related? And does the Democratic shift towards the radical left signal the end of (or, at least, the great diminishing of) their support for Israel?

To quote the Gallup article again, “conservative Republicans have long been the most partial to Israel in the conflict, given their consistently high net-sympathy ratings. Moderate/liberal Republicans have the second-highest net-sympathy for Israel, followed by moderate/conservative Democrats, while liberal Democrats have the lowest net sympathy for Israel.”

Do you see the trend?

It’s not simply that the Democrats are now the party of Ilhan Omar and Rashida Tlaib. It’s that many Democrats side with them when it comes to the debate about Israel.

In response to this attempted unified rebuke, Sarsour led a protest rally in which Israel was flatly denounced.

As reportedon Breitbart, “Rabbi Alissa Wise, deputy director of Jewish Voice for Peace, said the activists would ‘stop the desecration of God’s name’ by ‘standing together in praise of Rep. Omar for her courage, her honesty, her truth-telling, her bravery to stand up against those that insist Palestinians are not deserving of human rights.’” (Yes, there are liberal Jews, almost certainly Democrats, who are very harsh critics of Israel.)

According to Wise, we must critique the “Israeli government as it practices Apartheid.” Yes, apartheid. Shades of President Jimmy Carter’s 2006 book Palestine Peace Not Apartheid! (And in case you forgot, Carter was a Democrat too.)

Did I say there was a pattern?

Now, you might simply say that the left is being consistent, be it spiritually or politically. Those on the left are compassionate, standing for the rights of women to control their own bodies and standing with the rights of the discriminated, marginalized, and outcast, which would include gays and Palestinians.

Fox News reportedthat, “House Speaker Nancy Pelosi was ‘taken aback’ this week by the growing dissent and anger among rank-and-file Democrats over a possible resolution to formally condemn anti-Semitism, a Democratic source told Fox News on Wednesday — highlighting Pelosi’s tenuous grip on control over the House and underscoring the growing power of the party’s nascent far-left progressive wing.”

I truly hope I’m wrong and that the rising tide of anti-Semitism in America (and, specifically, in the Democratic Party) will be turned back.

But in light of other disturbing trends abroad (see, for example, this utterly shocking newsfrom Belgium along with this concerning reportfrom Iceland), we should take nothing for granted.