For Americans who are concerned about privacy, things are about to get even more expensive. In other words, big brother is about to get even bigger. Comcast recently filed with the FCC  stating that they would like to charge broadband users looking to protect their privacy more money.

As if snoopvertising isn’t bad enough; now, Comcast broadband users are going to have to pay more money to safeguard their rights to privacy. In the United States Constitution, the right to privacy is a human right and an element of various legal traditions which may restrain both government and private party action that threatens the privacy of individuals.

Should a user’s personal information fall under the protection of the 4th amendment when it comes to Big Corporations? Either way, given the global surveillance disclosures of 2013, the inalienable human right to privacy has been a subject of international debate. Under the pretext of combatting terrorists, controversial agencies such as the NSA, CIA, RAW, GCHQ, and others have engaged in global mass surveillance, undermining the right to privacy.

[poll id=”2″]
Expand Your Voice – Tell us what you think in the comments below!

“A bargained-for exchange of information for service is a perfectly acceptable and widely used model throughout the U.S. economy, including the Internet ecosystem, and is consistent with decades of legal precedent and policy goals related to consumer protection and privacy,” Comcast said in the filing. The company proceeds to claim that banning such options “would harm consumers by, among other things, depriving them of lower-priced offerings.”

Comcast is arguing that protecting your privacy should be a luxury option. However, Comcast is not the first company who offers this, in fact: “AT&T was the first major broadband provider to charge users more to protect their privacy when it launched its gigabit broadband service in Austin in late 2014. Users have to pay AT&T a $30 or more monthly premium if they want to opt out of AT&T’s “Internet Preferences,” a deep packet inspection program that tracks your browsing behavior around the Internet — down to the second.” – More

A $30 monthly minimum additional premium to protect one’s right to privacy is outrageous and in total it typically raises one’s bills from roughly $531 to $800 per year, that is a big difference. The cost of privacy shows just how valuable a user’s personally identifiable information is to the private sector and to the governments who mine the data.

What started with AT&T is now expanding to Comcast, and soon many other companies and organizations will adopt the same unsafe practices. Privacy advocates have argued that Comcast, AT&T, Verizon and other large corporations cannot be trusted to self-regulate on the privacy front without horrendous repercussions for the users.

It starts here, and it grows. The real motives and questions behind it all are what’s next? Are Doctors going to sell your medical records? Your bank, sharing your ID and other info? Businesses will always house personal information on their consumers because the company has to serve the customer. But an individuals transaction and status shouldn’t be specifically shared with anyone, nor should a user’s personal information get held, hostage. 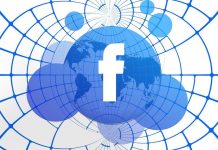 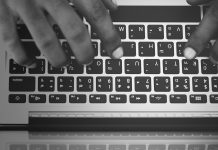 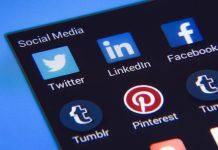