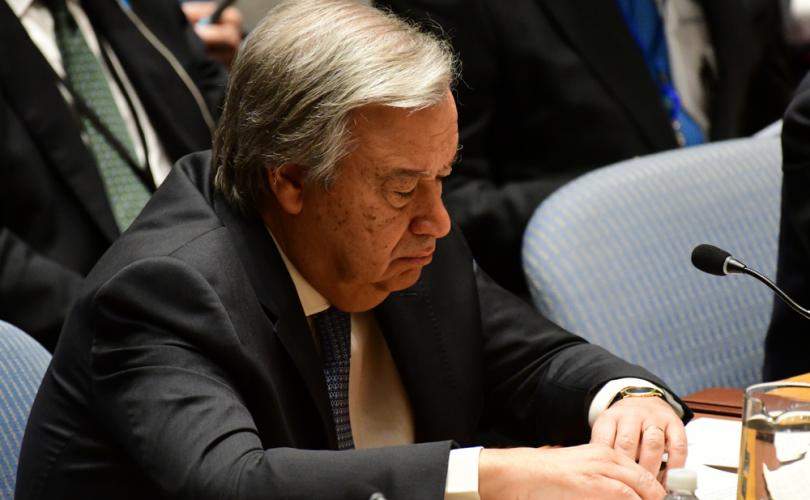 Can darkness and light exist together in the same space? No. Think about walking into a dark room. What happens when we turn on the light? Darkness flees. Light exposes what’s in the room. Darkness hides what’s there. God says let My light fill your heart and expose your true self. Then you will understand the wisdom that comes from above.

March 11, 2019 (C-Fam) — In a speech to the U.N. Human Rights Council last month, U.N. Secretary-General Antonio Guterres announced that the U.N. system is going after what he calls “hate speech.”

In a February 25th speech in Geneva, Guterres said the rights enshrined in the Universal Declaration of Human Rights “belong to everyone, everywhere. They are independent of nationality, gender, sexual orientation, race, religion, belief, or any other status.” It should be pointed out that U.N. member states have never agreed that “sexual orientation” is a protected category of nondiscrimination. This is an invention of the U.N. Secretariat and various U.N. committees.

Guterres said he is alarmed, however, “by the shrinking civic space in every region — and every corner of the internet.” He said activists and journalists are targeted by “campaigns of misinformation,” posing a danger to their lives. This and much else in the speech seems to point to his disapproval of President Donald Trump who, along with