The North American Union is slowly yet steadily taking shape. The daunting reality is that the governments of the West are systematically gearing up for the collapse to engineer “collaboration” of nations to bring about the New World Order.

The United States of America is potentially next on the list to join a system similar to the European Union. Creating the North American Union would demolish all rights, civil liberties, and utterly destroy the current way of life.

Hillary Clinton states her agenda once she is (s)elected president of the USA, and her first agenda, other than total gun control, is to do away with borders. Imagine the world when a nations’ sovereignty doesn’t exist anymore. That is the world that is coming to the United States of America.

Economically there is an agenda to do away with state borders and create regions, which would formally do away with local governments and centralize all power underneath the federal government. The government would gain even more control over the populace instantaneously.

Furthering the agenda of creating a “Martial Law” style state where individuals live not in homes but in camps, labor camps. Such a plan was formalized in 2005 and is set to go live once the commissioning of the North American Union takes shape. See the formal document below;

Now, Mexico is the country that formally suggests the integration of North America. Mexican President Enrique Pena Nieto on Monday on a stopover in Quebec city called for greater relations between the three separate countries; Mexico, Canada, and the United States.

“The purpose of this visit is to renew our bilateral relationship, to give it new life, to find ways to advance the prosperity and competitiveness of North America,” Pena Nieto said.

“I think what is happening elsewhere in the world invites us to strengthen our strategic alliance and especially to be much more inclusive,” he said in response to questions about the so-called Brexit decision.

The three countries are economic partners in the North American Free Trade Agreement (NAFTA) and work in close cooperation on security matters. Technically, the European Union is just a “trade” agreement, but the reach of the “trade” agreement goes way beyond the economy. As we have seen with the EU, once their foot is in the door, the elitists attempt to create a totalitarian state (see video below). 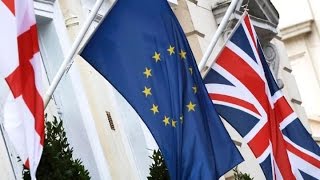 After the signing of the agreements is when everything changes. As the Brexit was taking place, both France and Germany attempted to call for something, something so grave that it equals the same totalitarian control that the Nazis had. The European Superstate. See Below

After all this, and Americans would still accept the prospect of becoming a “super” nation also known as the North American Union. Truthers and seekers thereof must work together to spread the word about their agenda and what it would mean for the United States; share this information far and wide, get your foot in the door with those who are asleep. It’s time to wake the masses to the deception that the world leaders are doing!

What Am I Missing When It Comes to Immigration?

Globalism on the run – John Bolton: International Criminal Court ‘is already dead to us’

Video: Huge Amount of Military Equipment Moving Across Country, Is US...