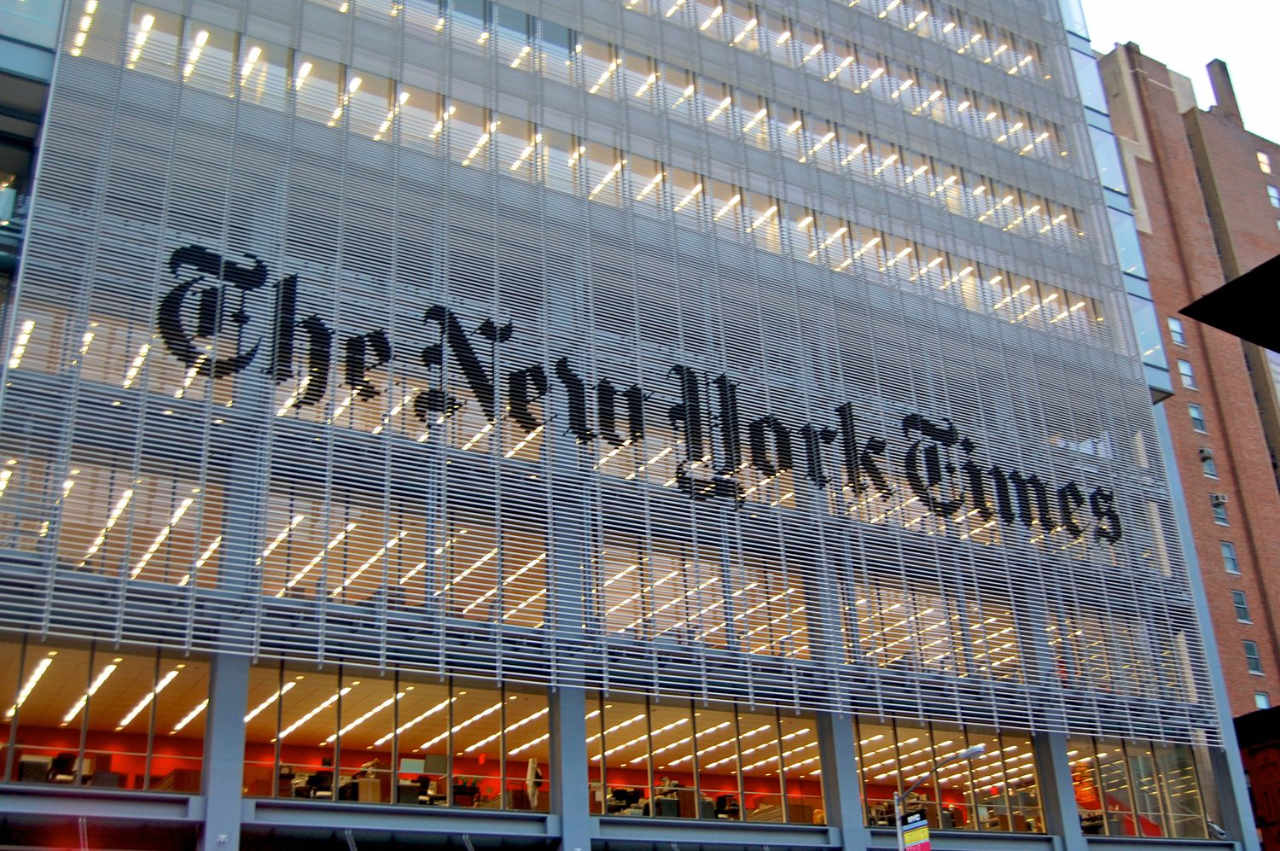 Antifa, the militant leftist organization, is actively calling for the overthrow of a United States President coupled with calls for violence on city streets.

The location of their incitement is in, none other than the New York Times. The Grey Lady accepted money in exchange for a full-page advertisement calling for the removal of Donald Trump by any means necessary. 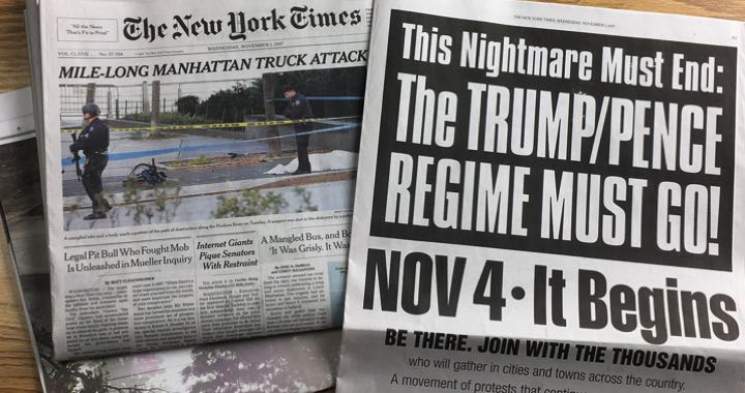 Incredibly, the mainstream left is endorsing a communist organizations attempt to subvert the United States. 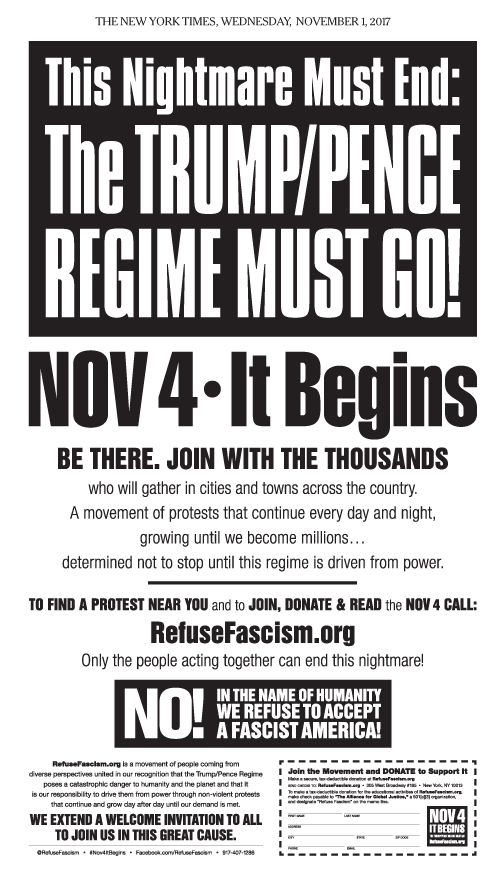 According to The New American; “The New York Times, of course, knows — even if many of its readers do not — that Refuse Fascism is a front group founded and run by the Revolutionary Communist Party (RCP), a violent Marxist-Leninist group that idolizes China’s Communist mass-murderer Mao Zedong. Which makes the Refuse Fascism appeal to “humanity” doubly ludicrous and doubly offensive. “NO! IN THE NAME OF HUMANITY WE REFUSE TO ACCEPT A FASCIST AMERICA!”, the ad declares.”

They are a bunch of lost people that choose the worst possible group. They really believe their idea of socialism is the end all of… Read more »

Arrest and execute all officials of Antifa as well as NY Times for High Treason now.

AMERICA Has 90 Days Until Obama Signs Our Death Warrant Under...