The Christian Journal
Home Are You Ready? - The North Korean Crisis Could Soon Blow Up 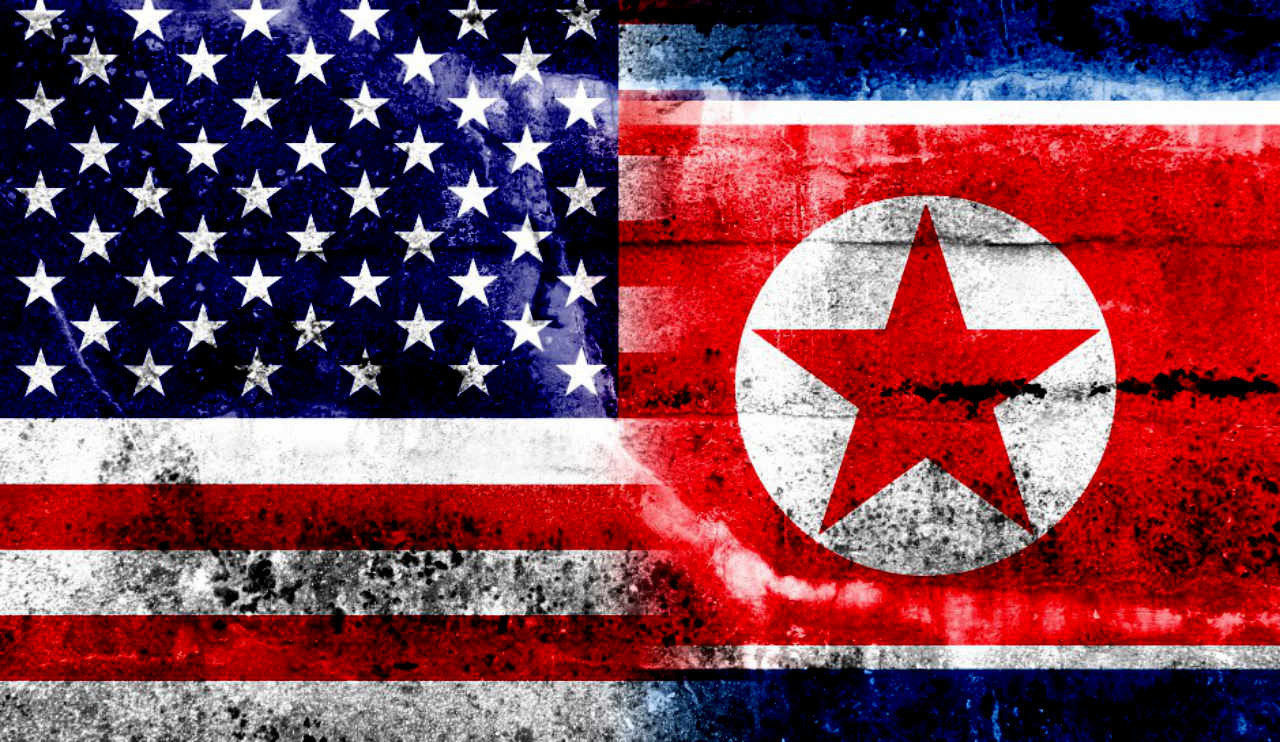 Propaganda or the inevitable? The North Korean crisis is getting out of hand and fast.

North Korea is not a new crisis that has come up out of the blue rather this situation has been building for years, each year in fact North Korea holds a series of missile tests and typically the media pushes the propaganda of war with the hermit state, but something is different this time.

Something is so different that this time, the US has sent not one, not two, but three different carriers to the region to deal with the supposedly impending crisis.

Recent reports indicate this crisis is worsening by the day and in fact has prompted several geopolitical analysts to warn that a war is coming. The latest analyst is Geopolitical Futures Founder George Friedman who went as far as to say that war with North Korea is practically imminent.

Friedman, speaking at the 2017 Strategic Investment Conference in Orlando, stated that while it is unlikely the US will take action before President Trump returns home this weekend, North Korea’s actions appear to have “offered the US no alternative” to a clash.

In addition to the claims by Friedman, according to Geopolitical Futures analysis, the evidence is mounting that the enmity between the two is escalating to a point where war is inevitable. Friedman also stated that the USS Carl Vinson supercarrier was joined off the Korean peninsula by the USS Ronald Reagan.

Similarities are being drawn between the maneuvers made by the US just before Desert Storm in 1991 and what the US is currently doing in the region, the tell tale sign was that more than 100 F16 aircraft are conducting daily exercises in the area. F35 aircraft have also been deployed to the area, and US government representatives will be briefing Guam on civil defense, terrorism, and Korea on May 31.

Three missile tests in 3 weeks, this is not like anything we have ever seen before from the regime in our time. In addition, the latest strike struck within Japan’s economic zone and that has prompted swift action from the sides involved.

Tokyo will take “specific action” and join forces with the US to deter Pyongyang, Japanese Prime Minister Shinzo Abe said after a North Korean missile flew about 450km before landing inside Japan’s economic zone.

“As we agreed at the recent G7, the issue of North Korea is a top priority for the international community,” Prime Minister Abe told reporters in a televised comment, as cited by Reuters.

Working with the United States, we will take specific action to deter North Korea,” Abe said, adding that Japan will also maintain close contact with neighboring South Korea and other countries.

The strident statement came in response to the latest missile launch by North Korea. On Monday morning, a short-range ballistic missile traveled around 450km and landed in the Sea of Japan, 300km off the Japanese coast.

The missile, said to be a Scud-type projectile, was launched from an airfield near Wonsan, a city on North Korea’s east coast, according to the US Pacific Command and South Korea’s Joint Chiefs of Staff (JCS).

Roh Jae-cheon, the spokesman for the JCS, said the missile flew at an altitude of 120km (75 miles). “So far, the assessment is there was at least one missile but we are analyzing the number of missiles,” he said earlier in the day.

Yoshihide Suga, Japan’s chief cabinet secretary, said the North Korean missile launches pose risks to air traffic in the area as well as to maritime lanes in the Sea of Japan, according to Reuters.

“This ballistic missile launch by North Korea is highly problematic from the perspective of the safety of shipping and air traffic and is a clear violation of United Nations Security Council resolutions,” Suga told reporters.

But why could this crisis be a catastrophic scenario for the US? After all, we have a much larger military, much more powerful artillery, and so on. According to a Congressional Expert, North Korea could send this vast technologically advanced nation that is the USA back into the stone ages.

Dr. Peter Vincent Pry is executive director of the Task Force on National and Homeland Security and is the chief of staff of the Congressional EMP Commission.

Speaking on Aaron Klein’s talk radio program, Pry identified two North Korean satellites that are currently orbiting the U.S. at trajectories he says are optimized for a surprise EMP attack.

What would or could an EMP do to the United States of America? Everything from a loss of cell phone signal nationwide, to a complete country-wide blackout.

EMP’s can be caused by several factors one even being by a solar flare shot directly at Earth.

An EMP attack has been theorized about for quite some time. It’s such a threat that even Russia equipped its military with what is called hardened electronics. Hardening electronics is a way to protect digital technology from an EMP attack.

The United States military has yet to publicize if it has also prepared for an eventual EMP attack.

Could this blow up to be a bigger problem than what is apparent? Absolutely, several nations are involved with North Korea and if the cards aren’t played right the US, Japan, and South Korea could wind up starting world war three. One of the key players in the crisis is China, and according to Donald Trump’s own words, while speaking to the President of the Philippines we will wait and see what China does, before we make our move, and added that there are also nuclear subs in the region.

Is all of this propaganda, or is this just a larger part of the inevitable,

According to William Guy Carr, this is how world war three will break out.

Pike’s plan was as simple as it has proved effective. He required that Communism, Naziism, Political Zionism, and other International movements be organized and used to foment the three global wars and three major revolutions. The first world war was to be fought so as to enable the Illuminati to overthrow the powers of the Tzars in Russia and turn that country into the stronghold of Atheistic-Communism. The differences stirred up by agentur of the Illuminati between the British and German Empires were to be used to foment this war. After the war ended, Communism was to be built up and used to destroy other governments and weaken religions.

World War Two, was to be fomented by using the differences between Fascists and Political Zionists. This war was to be fought so that Naziism would be destroyed and the power of Political Zionism increased so that the sovereign state of Israel could be established in Palestine. During world war two International Communism was to be built up until it equalled in strength that of united Christendom. At this point it was to be contained and kept in check until required for the final social cataclysm. Can any informed person deny Roosevelt and Churchill did not put this policy into effect?

World War Three is to be fomented by using the differences the agentur of the Illuminati stir up between Political Zionists and the leaders of the Moslem world. The war is to be directed in such a manner that Islam (the Arab World including Mohammedanism) and Political Zionism (including the State of Israel) will destroy themselves while at the same time the remaining nations, once more divided against each other on this issue, will be forced to fight themselves into a state of complete exhaustion physically, mentally, spiritually and economically. Can any unbiased and reasoning person deny that the intrigue now going on in the Near, Middle, and Far East isn’t designed to accomplish this devilish purpose? — Pawns in the Game, by William Guy Carr

So again I ask you, is this all just propaganda, or are we facing the inevitable, let me know in the comments.

Destroy their satellites, then strike before they can recover. Hit them with EMP’s, then find the snake and remove it’s head! No need for loss… Read more »

the orange clown and his merry band of neo cons cant wait to start a war to cover for the coming economic collapse, the dead… Read more »

This is likely just more propaganda to keep the people on edge on the threat of constant war by the criminal MIC. I spent some… Read more »

Breaking! Is This Peace?! Ukraine Preparing For Full-Scale War With Russia,...