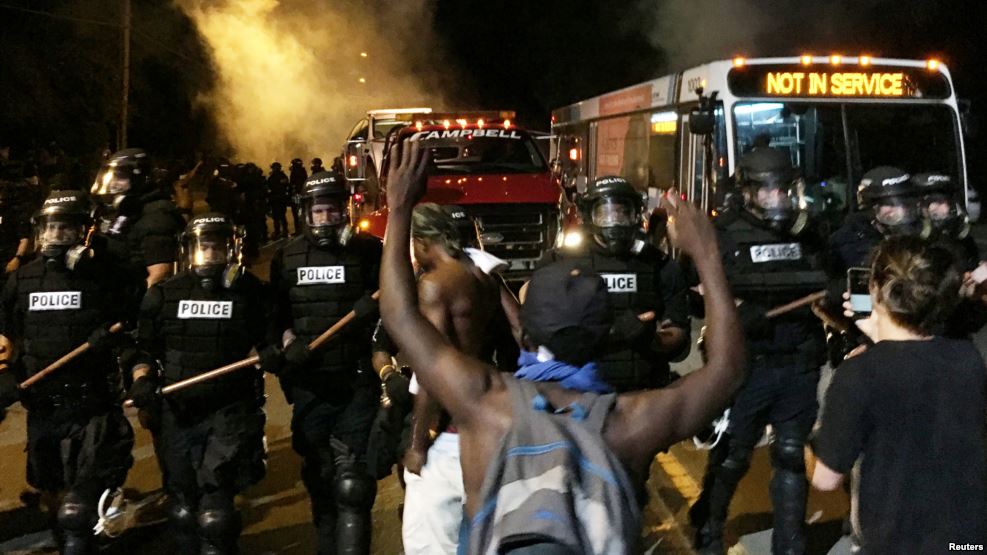 CHARLOTTE — A cellphone camera video made by the wife of Keith L. Scott before he was fatally shot by police here shows the moments before and after the incident, including the wife’s pleas to her husband to get out of his truck, and her pleas to the police not to shoot him.

But the video, which was given to the Times by attorneys for the family Friday, does not include a view of the shooting itself. Nor does it answer the crucial question of whether Mr. Scott had a gun, as the police have maintained.

Justin Bamberg, who, along with Eduardo Curry, is representing the family, said in an interview Friday that the video did not prove that the shooting was either justified or unjustified. Rather, he said, it offered “another vantage point” of the incident. He said he hoped the Police Department would release is own videos of the shooting, as protesters have been demanding since it took place Tuesday afternoon.

I don’t agree with BLM but it shows the country and charlotte needs Jesus Christ only He can save the country. We need to be… Read more »

I greatly question the legitimacy of the entire event; there are so many questions surrounding whether or not the guy had a gun or a… Read more »

Warning: If You Live Anywhere Near Chicago, Brace Yourself For Massive...