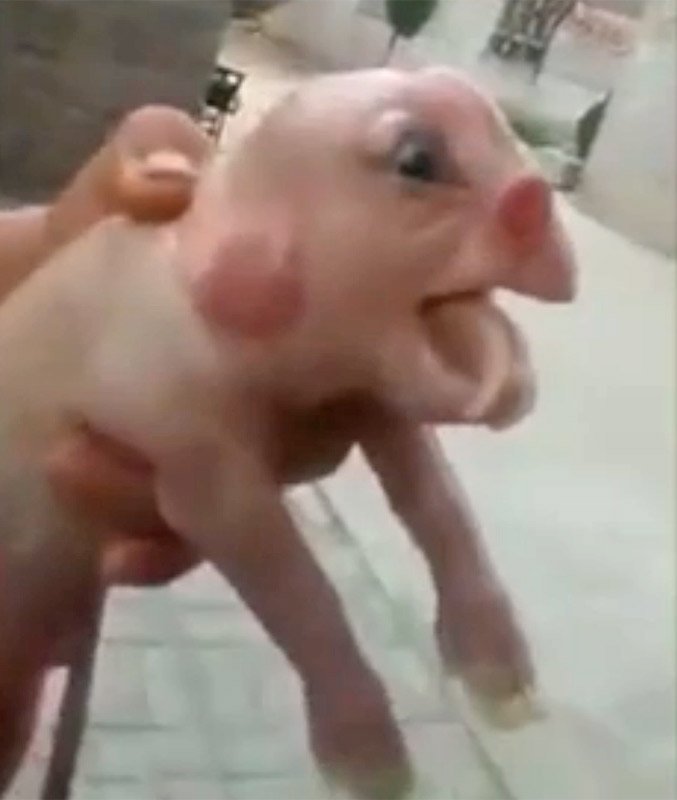 A pig has been born in China with a human face. Many speculate that pollution is the cause of the deformity, but is it a deformity? Or is it genetic manipulation?

In July 2016 China was given the green light to begin human trials using the gene editing technology called CRISPR-CAS9. Scientists have all been abuzz about the “endless” possibilities of the CRISPR technology.

Recently; the US lifted the ban on part-human, part-animal hybrids known as chimeras. This allows scientists to create human organs inside of pigs and sheep.

Photos of the deformed animal have been widely shared on social media, showing the animal with its tongue lolling out as it yawns or gasps for breath.

Although the video has gone viral – where the pig came from is not clear, which is why there can be speculation that the piglet was potentially a part of experiments.

So it Begins: CRISPR Genome-Editing Technology Gets Green Light for Human...