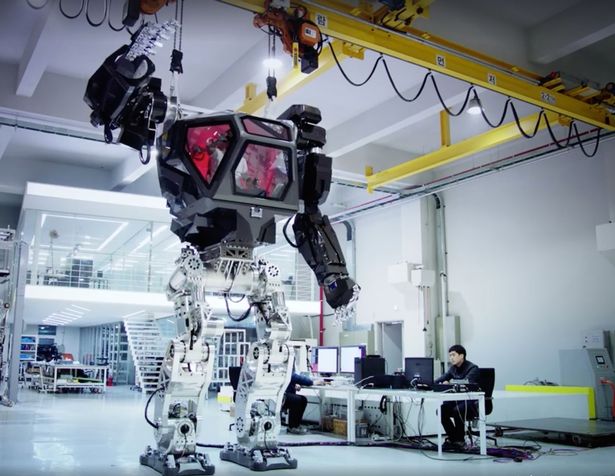 (MIRROR) — Scientists have programmed a monster one-tonne robot that can walk and mimic human movements resembling something from Avatar.

The METHOD-1 machine is four metres tall and when it stomps it leaves the ground “shaking”, according to designer Vitaly Bulgarov.

The giant robot, built in South Korea, works by repeating the actions of its pilot sitting inside by moving its enormous arms and legs up and down.

In astonishing video the sinister machine can be seen walking across a laboratory floor using its mechanical joints.

Very interesting times we are in

Mind Control: Researchers Control Multiple Drones At Once With The Human...

Welcome to the Transition? New Google AI Will Soon “Understand” The...