The Christian Journal
Home Is Pope Francis A Marxist in Disguise? The WSJ Claims The Pontiff... 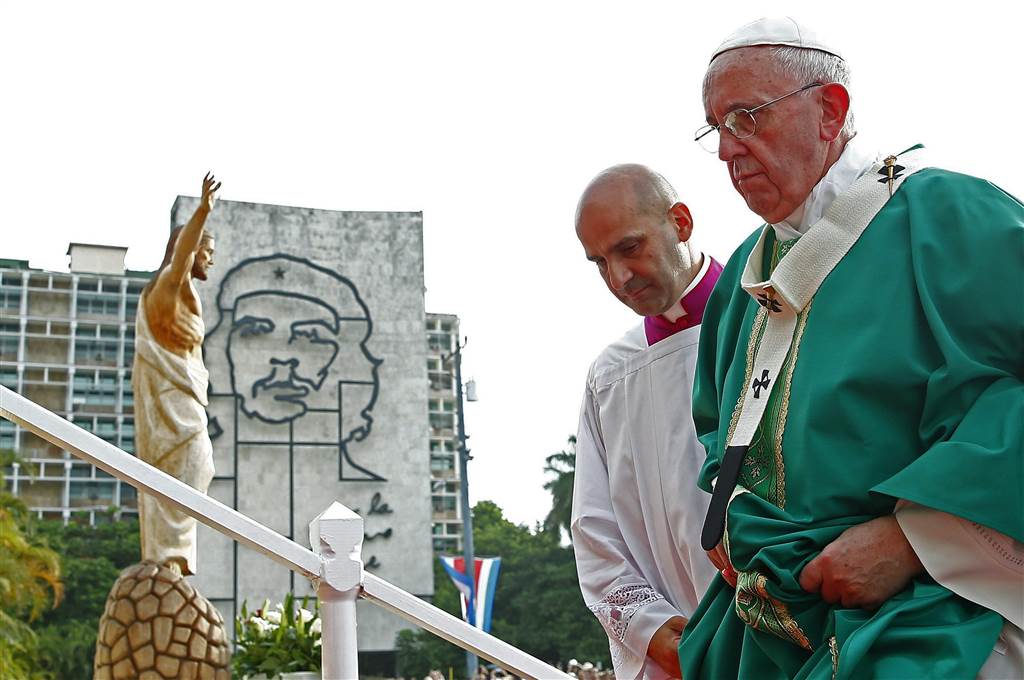 (WSJ) — When Pope Francis delivers his Christmas message this weekend, he will do so not just as the head of the Catholic Church but as the improbable standard-bearer for many progressives around the world.

With conservative and nationalist forces on the rise in many places and with figures such as U.S. President Barack Obama and French President François Hollande on their way out, many on the left—from socialists in Latin America to environmentalists in Europe—are looking to the 80-year-old pontiff for leadership.

“Pope Francis really inspires a lot of people to want to fight. I’m pretty sure if he weren’t the face of the Catholic Church, he’d be out in the street with us,” said Bleu Rainer, an activist in the “Fight for $15” minimum-wage movement in Tampa, Fla., who traveled to Rome last month for an international meeting of grass-roots activists addressed by the pope. “He reinforces our issues and makes them moral issues.”

Yet the pope’s support for some liberal causes, rooted in traditional Christian concern for the poor and defenseless, has meant joining forces with some partners who reject major Catholic moral teachings. Critics also say that the church’s leader shouldn’t take such strong stands on political questions about which Catholics are allowed to have a range of views.

Pope Francis has taken bold positions on a variety of issues, including migration, climate change, economic equality and the rights of indigenous peoples. His June 2015 environmental encyclical “Laudato Si’ ” called for a sharp reduction in the use of fossil fuels and described global warming as a major threat to life on Earth. The document was also an indictment of the global market economy, which he said has plundered the planet at the expense of the poor and of future generations. The Vatican now requires students for the priesthood to learn about environmental problems, including climate change, during their seminary studies.

Thank God Im Catholic! You people are crazier than the atheists. In fact you make All Christians look bad. No wonder the churches are in… Read more »