The Christian Journal
Home Red Alert - 2017 Could Bring About The Economic Collapse - The... 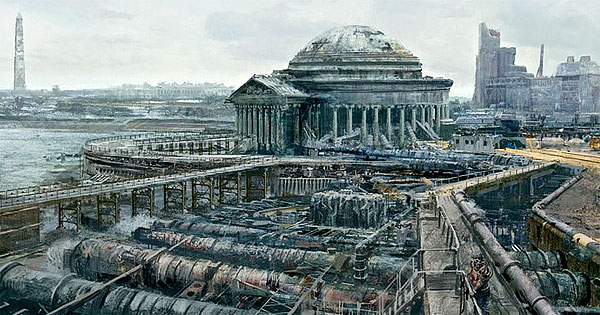 (FORBES) — For close to three-quarters of a century, the dollar has served as the world’s money. During this era (essentially for all of living memory) with regard to its international status, the dollar has been predominant and unchallenged. There was – and is presently – no peer competitor to the dollar.

In the wake of the Global Financial Crisis of 2007-08, cracks in the foundations of the dollar order could be discerned. Paradoxically, however, in the short run the crisis, if anything, bolstered the dollar’s position, partially by exposing the limitations of would-be alternatives such as the Euro. Nevertheless, those underlying tectonic shifts that threaten to destabilize the dollar order are real, and remain, and are suggestive of an erosion of the greenback’s relative standing in the long run. Those trends will almost certainly be accelerated with the election of Donald Trump as President of the United States.

The long-enduring dollar order has been sustained by four imposing pillars: (1) the extraordinary global power and political influence of the U.S.; (2) the unique character, strength, and perceived stability of the American financial system; (3) crucial but underappreciated international political factors; (4) the lack of attractive alternatives. Even before Trump emerged as a phenomenon on the political scene, those pillars were showing signs of considerable decay.

The American economy, of course, remains enormous, and U.S. military might still towers over that of all possible challengers. But the general trend of twenty-first century geopolitics has been one of entropy: relatively speaking, power and influence are diffusing in the international system. Moreover, the dollar was not buttressed solely by raw American power; it was also a function of American purpose: its embrace of openness and willingness to provide international economic leadership. Well prior to the rise of Trump, however (and perhaps permissive of his success), the withering of a once-broad and bipartisan internationalist consensus could be observed, from both the left and the right wings of American politics. (The vehement opposition to the Trans Pacific Partnership, expressed with a passion wildly out of proportion to its economic significance, was a bellwether of the shifting public mood.)

What in the World? ABC News Reports Hillary Clinton Died

Pennsylvania Bill Backed by ‘LGBT Megadonor’ Will Punish Residents for Their...