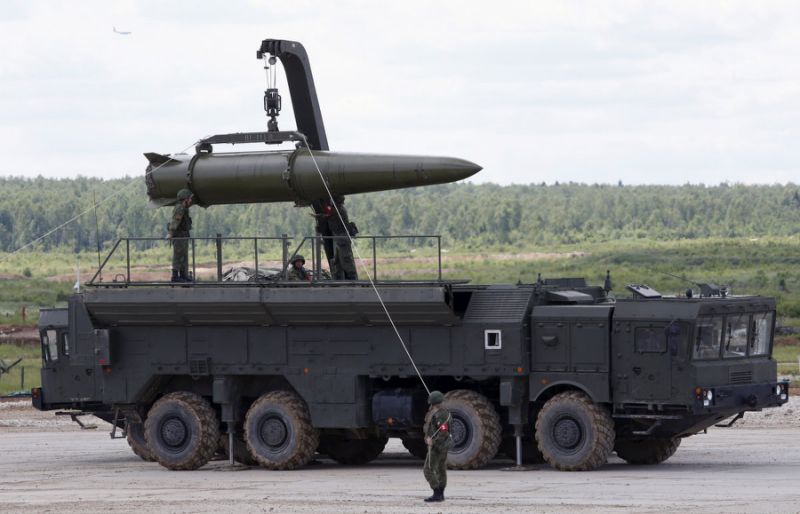 The missile brigade in Leningrad region, which surrounds St Petersburg and borders Estonia, as well as Finland, is on high alert as a part of combat-readiness drills, testing the unit’s preparation. It is conducting fire against a “simulated enemy” from short range Iskander missiles systems.

Some of the 500 troops drafted to the regional drill will also practice camouflage, biological and chemical defense of troops in the field and counter-reconnaissance.

Vladimir Putin Raises Concerns Over Israel’s Plans To Give Weapons To...

Russia to shoot Down US Missiles Fired At Syria, Attack Launchpads...