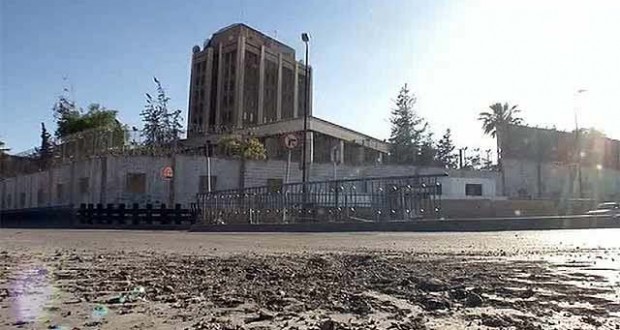 The Russian foreign ministry says its embassy compound in the Syrian capital of Damascus has come under shelling from rebel groups.

The ministry said in a statement on Tuesday that the embassy was shelled on Monday, with one mortar landing and exploding near the residential compound and two more by the embassy building.

The ministry said no one was harmed and blamed the attack on two rebel groups, including al-Qaida’s affiliate in Syria which was formerly known as the Nusra Front.

The situation in Syria has deteriorated considerably since the collapse of a U.S.-Russia-brokered cease-fire two weeks ago.

The ministry said the attack is the result of a U.S. policy and its allies which “provokes further bloodshed in Syria.”

Have you about hurricane Matthew it might hit SC all we can do is pray right? I know God is telling the country focus on… Read more »

Was the US or Erdogan behind the Turkey Coup? The Failed...

North Korea threatens to nuke US in a broad campaign