Harvard is now telling students that gender is fluid and can change from day to day, according to a newly obtained document.

The Office of BGLTQ Student Life at Harvard University released a new school-sponsored guide instructing students to “fight transphobia” and “get the facts about gender diversity.” 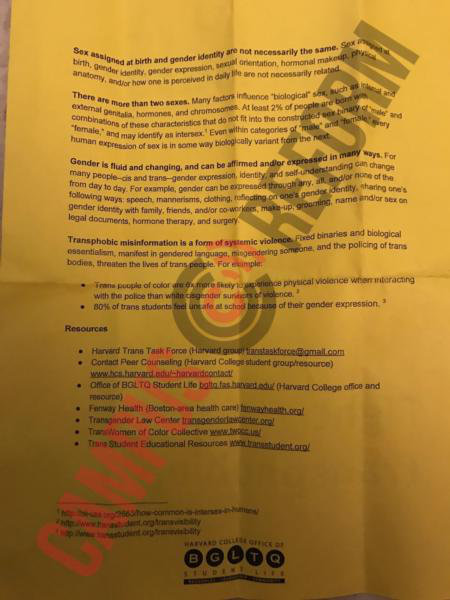 The handed out flyer states that; “there are more than two sexes,” “gender is fluid and changing,” often fluctuating on a daily basis.

“Sex assigned at birth and gender identity are not necessarily the same,” the flyer begins, elaborating that anatomical characteristics may not always align with “gender identity, gender expression, sexual orientation, hormonal makeup, physical anatomy, and/or how one is perceived in daily life.”

“Transphobic misinformation is a form of systemic violence,” the document goes on to state. “Fixed binaries and biological essentialism, manifest in gendered language, misgendering someone, and the policing of trans bodies, threaten the lives of trans people.”

In contrast, UCLA students were penalized for claiming that ‘there are only two genders.’ The following image is of the four students who stood up against the opposition, in a peaceful manner yet they are facing a social media firestorm and personal attacks. 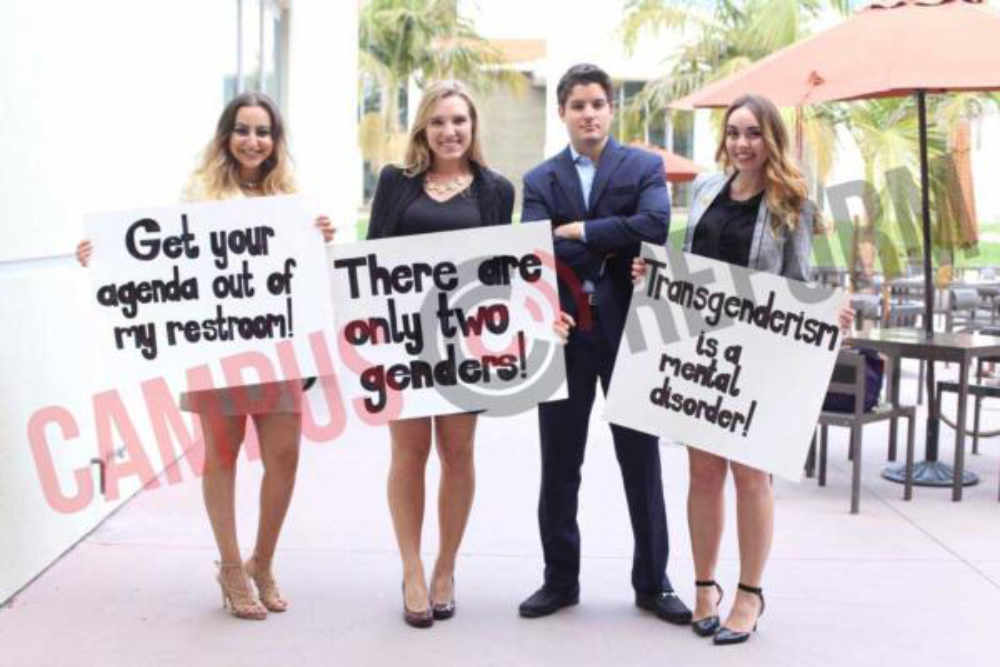 Haley Nieves, Julia Nista, Carlos Flores, and Victoria Metzel, who are all members of the College Republicans chapter at UCLA. Attended an event last week featuring conservative columnist and activist Matt Walsh entitled “An Encroachment on Liberty: How the Left Exploits Transgender Laws,” which was hosted by University of California students affiliated with Young Americans for Liberty.

The two incidents took place around the same time as Bill Nye, became the center of attention for pushing the gender agenda, which also carried the same rhetoric.

The Bible is clear on the matter, though the World be against you, Christ is with you. Culture is in direct opposition to scripture and now, more than ever before it is important that we stick close to the Word.