The agenda underneath it all finally fully comes to light as the Black Lives Matter Movement gets busted with this bombshell tweet showcasing their agenda to enact Martial Law.

The tweet in reference was exposing a leaked direct message from one of the Black Lives Matter movement leaders to another, and it states that they will attempt to get Martial Law declared before the 2016 elections.

While it may come as a surprise to some that this is the goal of the BLM, many have warned that this is their agenda. Before the declaration of Martial Law, the planned events that unfold would be riots, an economic meltdown, and ultimately chaos.

There is a critical connection between the Black Lives Matter Movement and Islam, and what America just witnessed at Pulse nightclub was what happens when these two groups declare war on America, which they just did. America saw the massacre of 50 individuals on US soil, while another 53 were injured. The shooter had direct ties to both the Black Lives Matter and ISIS, see the connections in the video below.

ISIS can now be connected directly to the BLM.

However, there is another connection that can be made as well and that is the link to the Bilderberg Meeting which concluded on June 12th. The elites focus for 2016 is on reform of the economy, political structure, middle class, and the Geopolitical landscape. All of which would require the destruction of the current system in place and the building of the New World Order.

The tweet confirms the potential possibility of a Martial Law declaration by November. 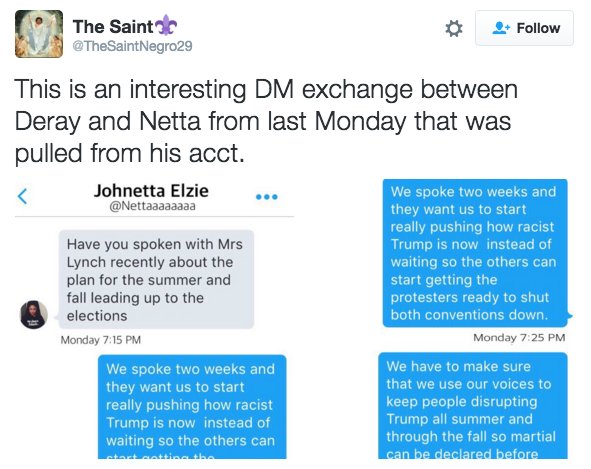 It is extremely important to note that their objectives are only possibilities, and nothing regarding this aspect of their agenda is set in stone.

David Cohen. “Why It's Time to Repeal the Second Amendment.” Rolling Stone. . (2016): . . http://www.rollingstone.com/politics/news/why-its-time-to-repeal-the-second-amendment-right-bear-arms-20160613#ixzz4BZl1fPao