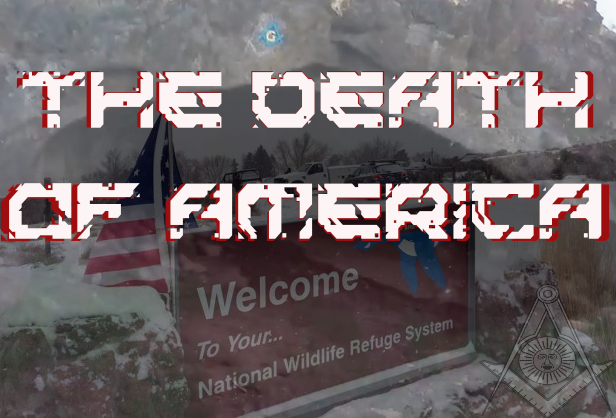 It is well known in the truth community that there is a secret elite that has an overwhelming amount of control over our world and events. These individuals are usually in at least one secret society. Within these secret societies, they practice ritual magic taught throughout the ages. They have holidays, festivities, rituals, black masses and such on certain days that line up with planetary alignments and/or the positioning of the sun and moon. They also have rituals on days dedicated to influential people from their organization. One of the reasons the month of January is important in their ritual calendar because it marks the progression of the sun from the darkest time of the year, the winter solstice. This report will examine a couple of demonic rituals that occur in January and how the timing coincides with the occupation of the Malheur National Wildlife Refuge and death of LaVoy Finicum.

First, let’s look at the location, the Malheur National Wildlife Refuge. Located in this refuge is a cave that belongs to the local Freemasonic lodge, The Robert Burns Lodge no.97. This cave is a well-known Masonic ritual site marked with the compass and square and filled with rows of seats. Interestingly the Robert Burns ritual took place on January 25, just a day before the group had a run in with the feds and suffered the death of Finicum. This lodge would have most definitely held a ritual on that night as their lodge named in tribute to the Scottish Masonic poet. There are Indian legends that describe certain caves as being portals to the inner earth, what better place for evil individuals to offer sacrifices to the god of the underworld, literally delivering them straight to the pit. The Indian legend specific to this cave is strangely similar to the struggle between those behind the Bundy’s and government officials.

In the background of this Masonic ritual, there is a satanic ritual going on called the Grand Climax, starting January 21st and ending January 27th. This ritual requires initiates of these diabolical societies to offer a blood sacrifice. It is no coincidence that Finicum got murdered on January 26th, one day before the end of the Grand Climax and the day after the Robert Burns ritual. Both of these Satanic holidays can be seen in this 2016 calendar.

This event was intricately designed by none other than the Freemasons, and LaVoy Finicum seems to have been okay with “dying for the cause” from day one. Could he have known this was going to take place? The title of his own book was “Only by Blood and Suffering”. Maybe some predictive programming was used in this case as well.

Ephesians 5:11 1599 Geneva Bible (GNV)
11 And have no fellowship with the unfruitful works of darkness, but even [a]reprove them rather.

27 What I tell you in darkness, that speak ye in light: and what ye hear in the ear, that preach ye on the [b]houses.

28 And [c]fear ye not them which kill the body, but are not able to kill the soul: but rather fear him, which is able to destroy both soul and body in hell.

29 Are not two sparrows sold for a [d]farthing, and one of them shall not fall on the ground without your Father?

30 Yea, and all the hairs of your head are numbered.

31 Fear ye not therefore, ye are of more value than many sparrows.

There are no coincidences. FDR stated that – ” NOTHING HAPPENS in the nation or government that is not PLANNED with a REASON AND PURPOSE… Read more »

Though I couldnt be more of a supporter I just wanted comment on conclusions. Numerology or connecting numbers in order to conclude meaning is a… Read more »

ISIS SEIZES IRAQI CITY – Attacks Al-Asad Base WIth 300 US...

The Latest: #A320 News, The Germanwings Airbus Crossed CERN And Powered...