The Federal Government, FBI, recently released a drove of documents on the location of Hitlers hideout; because apparently he did not commit suicide. The world has been told for the last 70 years that on April 30, 1945, Adolf Hitler committed suicide in his underground bunker. The new release of documents lays blame to the Soviet Union for hiding Hitlers whereabouts, but if the US knew about the location of Hitler, the notorious killer, why did they not do anything about it?

Hitler was the notorious killer of the Jews. If he truly was the character as portrayed, why did the man just simply go reside in the mountainside? The whole scenario seems like a “job”, like he was just for hire. The point is that according to history, Hitler was so notorious because of his leadership and because of what he did with that leadership which led to mass graves, and of course 70 years of mystery that it doesn’t seem likely that he would just go reside in the mountainside peacefully. With the release of these new documents, it truly raises questions about his motives.

According to the release below, Hitler resided in the foothills of the Andes Mountains in South America; living peacefully amongst “non-aryans.” With how Hitler conducted himself, it would seem as though the man was not able to just go live a normal life. Unless of course, it was never his beliefs, and it was all acting; because he was a hired gun. 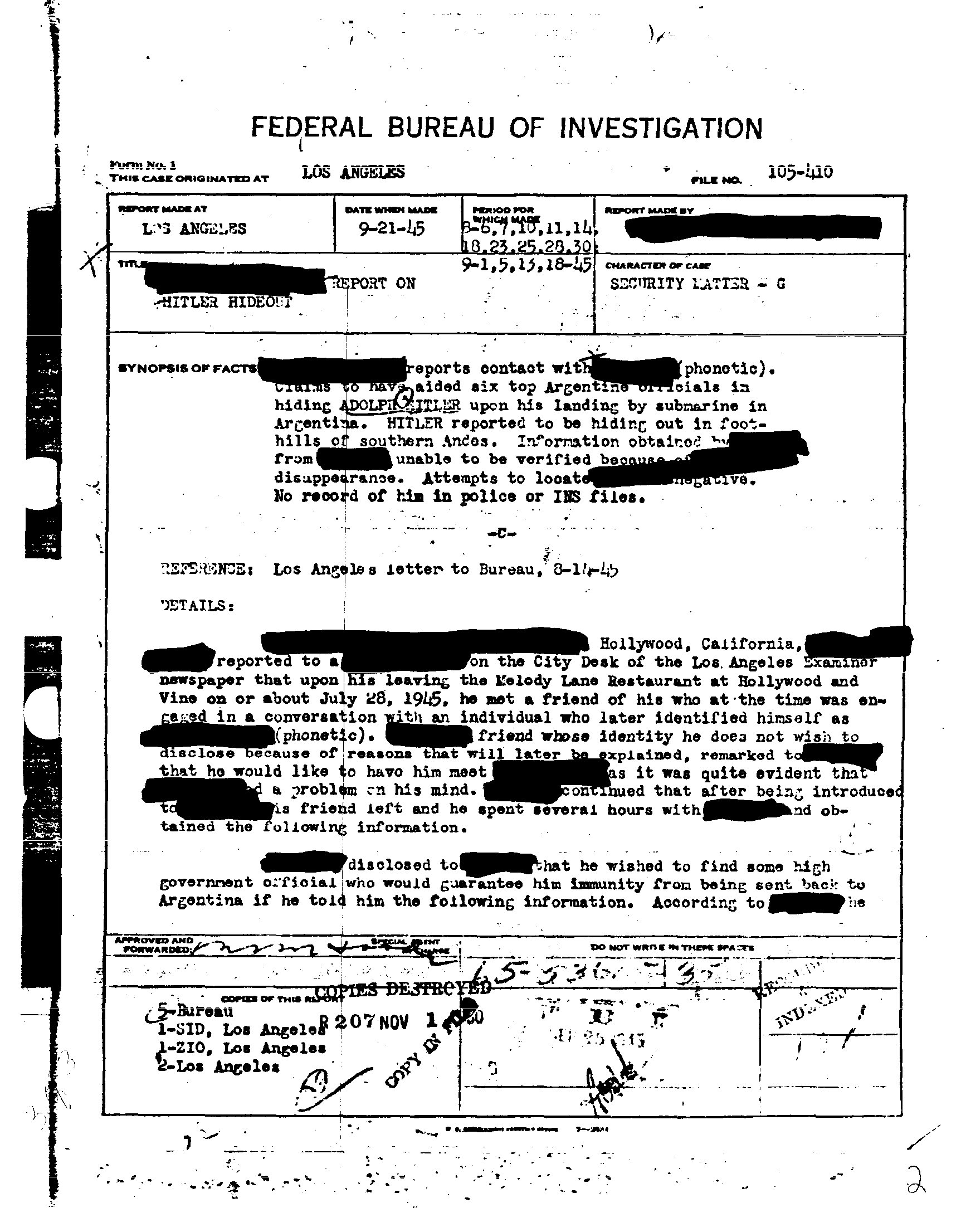 Hitlers regime is exactly what America is facing. The utter essence of control, that is what the US government is after, and what better way to understand how to gain that control, other than talking to the control freak himself.

There is much more to this mystery, than what we are all taught in the history books or in the classroom. The 200 page document is below.

There is some evidence, other than the documents, proving Hitler was actually in South America. Not too long ago, an image surfaced of a 95-year-old Hitler, plus there are other interviews which claim that Hitler is in Argentina.