Today Facebook has announced that they are reducing the distribution of posts that have been reported as hoaxes. Hoaxes are considered News Feed spam that includes scams or misleading news stories. An annotation is being added to posts that have received many warnings that says the post contains false information.

Facebook recently added an option for users to report a story that they believe is false. When you decide to hide a story, the option to report the content pops up. Stories that are misleading are reported about two and a half times more often than links to other news stories.

“We are not removing stories people report as false and we are not reviewing content and making a determination on its accuracy,” said Facebook in an FYI post. “People often share these hoaxes and later decide to delete their original posts after they realize they have been tricked. These types of posts also tend to receive lots of comments from friends letting people know this is a hoax, and comments containing links to hoax-busting websites..” 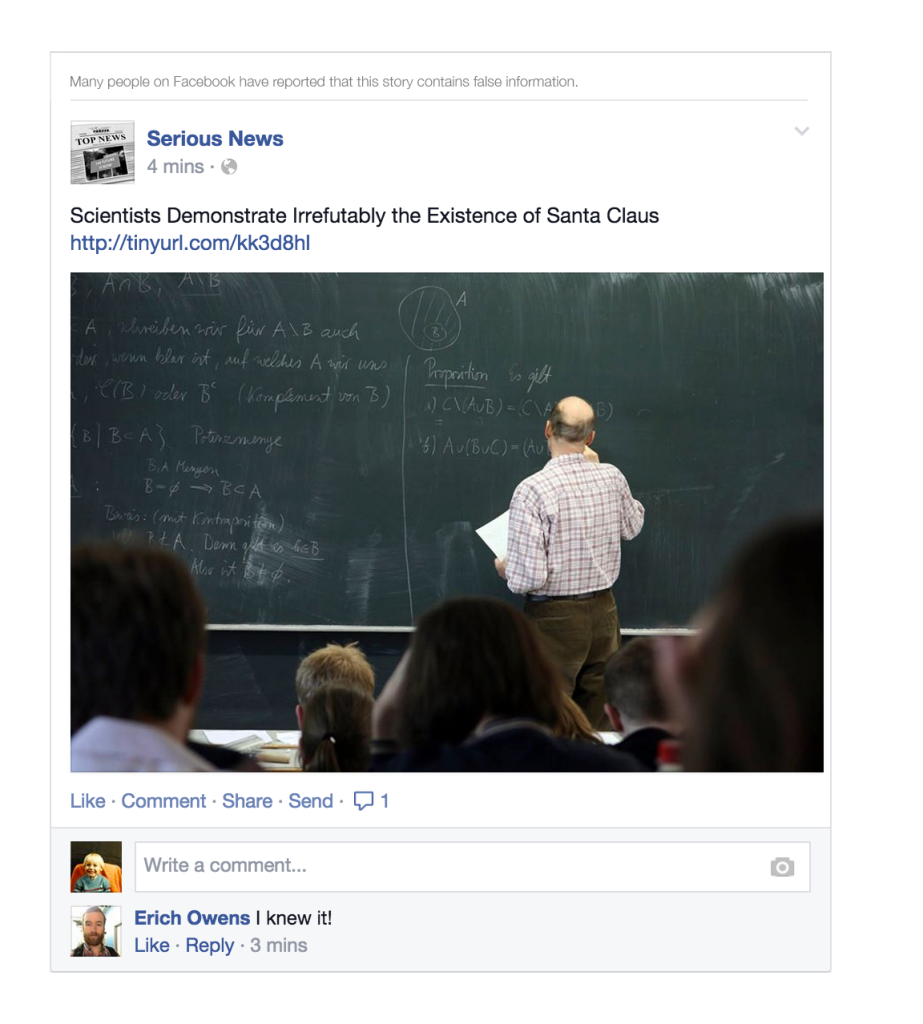 If many people flag a post as fake, then the chance of it appearing in the News Feed will be reduced. Facebook will also consider when people choose to delete a post containing a hoax. This change applies to links, photos, status updates and videos. 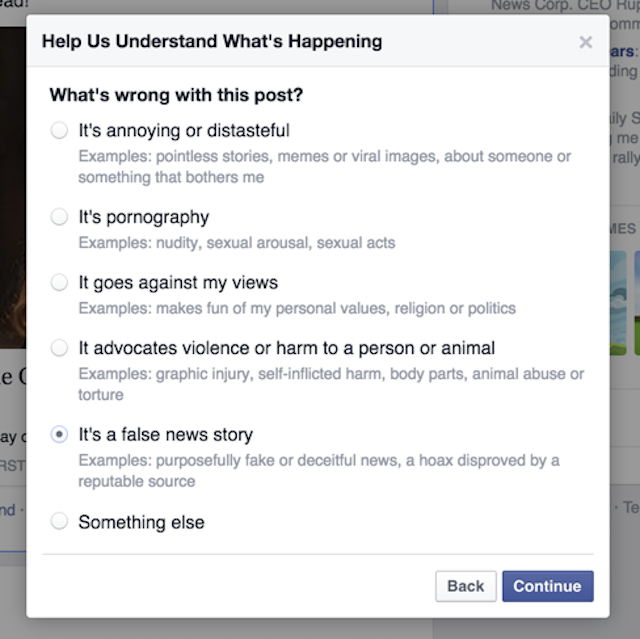 A majority of the publishers on Facebook will not be impacted by this change. However, I believe that websites like National Report will be affected. Last year, the National Report posted an article that said “Facebook To Begin Charging Users $2.99/month Starting November 1st.” That article was shared on Facebook over 2.3 million times. Satire news websites like TheOnion.com and Clickhole will not be affected by the update, especially because people tend not to report them.

Last year, Facebook tested out several ways to control the way content is posted in the News Feed. For example, Facebook started suppressing “click-bait” articles. Click-baiting is when a website posts links with sensational headlines that do not offer much information. For example, the headline would be something like “You’ll NEVER believe which two stars got into a fight on the red carpet last night!” Facebook has been testing out a [satire] tag on certain websites since some people believe that the parodic content is true.

via Facebook Announces Plans To Reduce Hoaxes From The News Feed.