Talk of the giants and individuals will assume one is “off their rocker” but talk of scientists creating animal and human hybrids, and everyone is in belief. It’s called Chimera, and it is the latest project regarding human and animal hybrids. The very boundaries of morality prohibit the interbreeding of mankind and animals. However, science has done just that.

Scientists are attempting not to create a human animal hybrid but rather recreate it. The researchers are attempting to grow human tissue inside of pigs and sheep with the goal of creating hearts, livers, or other organs needed for transplants.

The people of the world must understand that this is not for the benefit of medicine, rather it is to further the agenda and recreate the beasts of old.

The Nephilim still exist, and it is believed that these creatures still walk among us, look like us, talk like us, and act like us; when in reality under their skin is the world’s worst nightmare. The things that should not be are making their return, and it all begins with the very limits of our physical structure DNA. 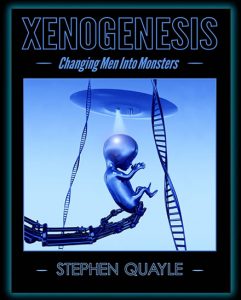 What is thought to be “only seen in the movies” is slowly coming about. Many individuals, such as Steve Quayle, whom FFT reached out to for comment on this “new level” of science states the following “We have truly arrived at the point where the monster and beasts of myths and legends are now being brought back to life in secret laboratories world wide. Your worst nightmares are about to manifest with predictable mayhem and destruction.”

Steve Quayle is a well known author and researcher in the field of the unknown, and in the times of the giants. Steve has penned many books including one on the topic of Human and Animal hybrids which you can find here: Xenogenesis-changing men into monsters.

One of the aims of the experiment using chimeras is to create farm animals with human organs. The body parts could then be harvested and transplanted into very sick people, reports Boisestatepublicradio. –IBT


The agency, in a statement, said it was worried about the chance that animals’ “cognitive state” could be altered if they ended up with human brain cells.

The NIH action was triggered after it learned that scientists had begun such experiments with support from other funding sources, including from California’s state stem-cell agency. The human-animal mixtures are being created by injecting human stem cells into days-old animal embryos, then gestating these in female livestock.

This is truly the beginning of “trans.” It started with the ideology of homosexuality, it then went to the ideology of transgender, and now is arriving at the ideology of “trans-species.” With no end in sight, it is very probable scientists will continue this crusade into remaking man’s DNA.

The NIH action was triggered after it learned that scientists had begun such experiments with support from other funding sources, including from California’s state stem-cell agency. The human-animal mixtures are being created by injecting human stem cells into days-old animal embryos, then gestating these in female livestock.

Based on interviews with three teams, two in California and one in Minnesota, MIT Technology Review estimates that about 20 pregnancies of pig-human or sheep-human chimeras have been established during the last 12 months in the U.S., though so far no scientific paper describing the work has been published, and none of the animals were brought to term.

The extent of the research was disclosed in part during presentations made at the NIH’s Maryland campus in November at the agency’s request. One researcher, Juan Carlos Izpisua Belmonte of the Salk Institute, showed unpublished data on more than a dozen pig embryo containing human cells. Another, from the University of Minnesota, provided photographs of a 62-day-old pig fetus in which the addition of human cells appeared to have reversed a congenital eye defect.

Mankind had better wake up before it’s too late, and currently the world is on the brink of it being too late.

Understand the War, and what science is doing to us. 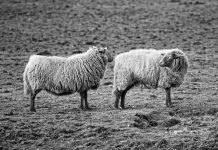 The madness has begun, Scientists create the first ever human-sheep hybrids 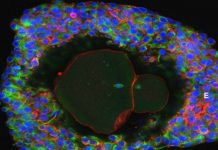 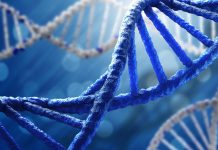 Breaking: The first Women in the UK will Undergo a radical ‘Three-Person’ IVF Technique