According to the World Economic Forum within seven years, the world’s first implantable mobile device will be sold to consumers. Let’s translate that – by the year 2023, the World’s first Mark of the Beast Device will hit the markets. 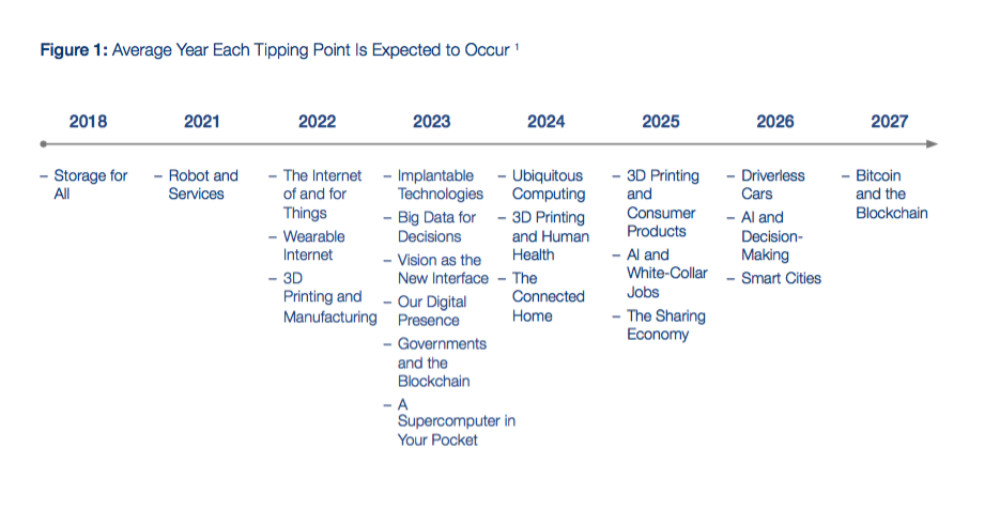 It is well documented in scripture that this must come to pass and that it will be a requirement if one would wish to buy or sell.

16 And he made all, both small and great, rich and poor, free and bond, to receive a mark in their right hand or in their foreheads.

17 And that no man might buy or sell, save he that had the mark or the name of the beast or the number of his name.

Never before in history has mankind sat so close to the edge of destruction. Technology is reshaping the dynamic structure of the world and will play a fundamental role in the coming New World Order. Over the course of history, there have been several industrial revolutions. The Fourth industrial revolution will make way for the Mark of the Beast and other prophetic events that will also come to pass.

According to the World Economic Forum, instead of changing the world around us, we are changing ourselves.

Vision as the New Interface

In conclusion, the fourth industrial revolution will reshape our humanity; straining ethical boundaries and physical limits. According to the World Economic Forum, “the lines between Natural and Artificial are beginning to cross,” once those ‘lines’ are crossed there is no going back. While the people of the world are inducted into the ‘virtual reality’ – the cabalists are conducting their agenda. By the year 2023, according to the World Economic Forum’s agenda, consumers will have a chance to purchase a variation of the Mark of the Beast willingly.