Brain hacking, will be the single most powerful intelligence gathering tool available. Companies, Governments, Police, and hackers all over the world will soon have access to an individuals brainwaves, thoughts, and reactions.

Cyber attacks happen all the time, and oftentimes the actual attack goes unnoticed; but the ramifications have dire consequences for the victim such as an empty bank account, loss of personal files, and so on. In the near future, not only will hackers have access to personal information but also an individuals very own thoughts.

Imagine; “You’re minding your business, playing a game or scrolling through social media, and all the while they’re gathering your most private information direct from your brain signals. Your likes and dislikes. Your political preferences. Your sexuality. Your PIN.”

It’s called brain signal hacking; where advertisers, corporations, police, and governments not only analyze your personal files but also your very own brain signals. Mobile applications of the very, very near future will connect an individual to an EEG reader or a Brain Computer Interface (BCI).

For example, while an individual scrolls their Facebook page; Facebook could analyze and interpret that individuals brainwaves in response to items within an individuals news feed. The University of Washington, claiming hackers, expressed how companies or anyone with the know-how could insert images into questionable applications and record the brain’s unintentional reaction using the BCI.

Researchers at the University of Washington say that time is running out and officials need to employ a privacy and security framework to stop those who would use our own brains against us, reports Motherboard.

‘If we don’t address this quickly, it’ll be too late.’ –DailyMail

Furthermore, at this very moment, big data corporations are using that very same method, subliminal messaging, to gather not only personally identifiable information but also an individuals “reaction.” Reactions are how companies like Facebook and Google gather so much information and streamline certain topics over others to an individuals news feed, or google plus page.

The data collected is then analyzed by algorithms, which then spits out an advertisement. In other words, these companies are selling individuals products based on their interests which are gained locally on their intellectual properties. However, the buck doesn’t stop there; the companies can then sell your personally identifiable information to data mining corporations which generate revenue from your information.

As one can see, personally identifiable information is valuable to large corporations which seek to sell off their users like slaves. Given that the future point’s towards that of BCI’s can you image what Big Data, and companies like Facebook would have access to then?

Here is an example scenario of how it would work:

Bonaci showed me how it would work. She placed a BCI on my head—which looked like a shower cap covered in electrodes—and sat me in front of a computer to play Flappy Whale, a simple platform game based on the addictive Flappy Bird. All I had to do was guide a flopping blue whale through the on-screen course using the keyboard arrow keys. But as I happily played, trying to increase my dismal top score, something unusual happened. The logos for American banks started appearing: Chase, Citibank, Wells Fargo—each flickering in the top-right of the screen for just milliseconds before disappearing again. Blink and you’d miss them.

The idea is simple: Hackers could insert images like these into a dodgy game or app and record your brain’s unintentional response to them through the BCI, perhaps gaining insight into which brands you’re familiar with—in this case, say, which bank you bank with—or which images you have a strong reaction to.

Bonaci’s team have several different Flappy Whale demos, also using logos from local coffee houses and fast food chains, for instance. You might not care who knows your weak spot for Kentucky Fried Chicken, but you can see where it’s going: Imagine if these “subliminal” images showed politicians, or religious icons, or sexual images of men and women. Personal information gleaned this way could potentially be used for embarrassment, coercion, or manipulation.

“Broadly speaking, the problem with brain-computer interfaces is that, with most of the devices these days, when you’re picking up electric signals to control an application… the application is not only getting access to the useful piece of EEG needed to control that app; it’s also getting access to the whole EEG,” explained Bonaci. “And that whole EEG signal contains rich information about us as persons.”

And it’s not just stereotypical black hat hackers who could take advantage. “You could see police misusing it, or governments—if you show clear evidence of supporting the opposition or being involved in something deemed illegal,” suggested Chizeck. “This is kind of like a remote lie detector; a thought detector.”

Of course, it’s not as simple as “mind reading.” We don’t understand the brain well enough to match signals like this with straightforward meaning. But with careful engineering, Bonaci said that preliminary findings showed it was possible to pick up on people’s preferences this way (their experiments are still ongoing).

“It’s been known in neuroscience for a while now that if a person has a strong emotional response to one of the presented stimuli, then on average 300 milliseconds after they saw a stimulus there is going to be a positive peak hidden within their EEG signal,” she said. –Motherboard

It all comes back down to how individuals react to certain content which is why large corporations are interested in psychological advertising, or in other words; how their subliminal messaging can “make” you buy their product. With the world spinning faster and faster towards the virtual reality, it is very evident that the biggest hack of all took place. The hack that stole life from the youth and replaced it with a completely imaginary one called augmented reality or virtual reality. 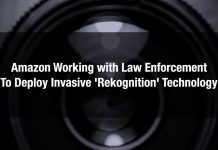