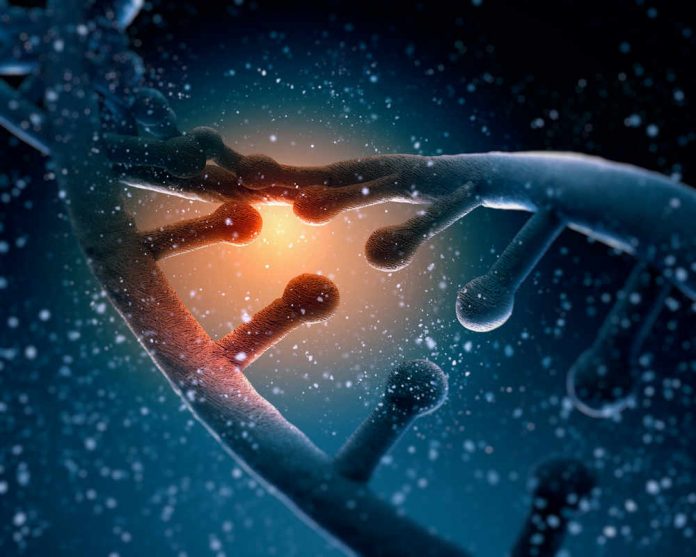 Research shows that the more a man drinks alcohol, the gayer he becomes, literally.

The researchers uncovered that alcohol is turning men into homosexuals.

“Most notably, alcohol intake was related to increased sexual willingness of men with a same-sex partner, suggesting a potential shift in normative casual sexual behavior among heterosexual men,” wrote the authors in the study.

Researchers recruited a total of 83 straight men and women who were bar hopping in the Midwest at night. The participants were asked to complete a survey about how many drinks they’d had that night. In addition, they had to watch a 40-second video of either a physically attractive man or woman drinking at a bar and chatting with the bartender. Then, the participants rated their sexual interest in the person in the video, from buying them a drink to going home together to have sex.

Unsurprisingly, men showed high interest when the attractive woman was on the screen; women naturally were more attracted to the man. Moreover, men were more likely to make sexual comments about the woman after the video. Overall, they expressed more sexual interest in the women, regardless of how much they had. This coincides with previous research that concedes men tend to be more lax about casual sex with strangers.

However, the researchers noted an interesting observation: the more alcohol men drank, the more interested they became in the man in the video. Men who had nothing to drink showed no interest. Those who consumed over 10 alcoholic drinks were more likely to entertain the idea of gay sex just as much as having sex with a woman. — Read More

The study, according to Medical Daily is suggesting that sexual orientation is ‘fluid.’ Only one problem, what about the chemicals that were in the alcohol what role does that play within this entire ordeal? Or what about the food that was ingested in addition to the alcohol? It all plays a role, because of what’s called Gene Expression, more specifically epigenetics.

As Americans, we have unwittingly and unwillingly submitted ourselves to chemicals and wholeheartedly become the lab rats of corporations. Or maybe its more sinister than that, as the infamous Alex Jones states; “They’re turning the frogs gay.” In this instance, he would be correct.

There are several avenues to genetic expression manipulation, and Nestle has been involved since birth.

The field of epigenetics is still in its early stages, and much has yet to be understood by scientists. However, going back just a few years in this field, it would substantially appear as though large corporations such as Nestle are interested in the field.

The company said it hoped epigenetics, the study of how environmental factors including eating behaviors could impact genetics of the consumer and therefore future generations, would help it understand more about the importance of maternal nutrition.

Chief technology officer for the firm Stefan Catsicas said it was particularly interested in the areas of pregnancy-related conditions such as gestational diabetes.

Heiko Schipper, CEO of Nestlé Nutrition, said: “Science shows that the nutrition infants and young children receive in the first 1000 days from conception has a long-lasting influence on their health, wellness and quality of life.”

University of Southampton’s Keith Godfrey, head of the EpiGen science management group, said the project would study mothers and infants from three distinct populations, which he said would provide further insight into the, “relationship between genetic background and nutritional influences on disease burden for the mother and infant”.

Corporations such as Nestle are interested in how eating behaviors impact consumers’ genetics and future generations? Well, now that places a bit of a game changer on it doesn’t it. Corporations armed with this sort of research could be altering the genetic expression of their consumers, and creating addictions at this level by what is placed in their products made for consumption. In other words, large corporations could create lifelong customers based on the science behind their products and how they are produced, all while making them sick and diseased. — Read More

Furthermore, according to FoodBabe; BPA is included in beer – See Ingredient list here.

However, what do scientists say about the role of BPA and gene expression?

The epigenetic effects on DNA methylation, histone modification, and expression of non-coding RNAs (including microRNAs) of environmental chemicals such as bisphenol A (BPA) and phthalates have expanded our understanding of the etiology of human complex diseases such as cancers and diabetes. Multiple lines of evidence from in vitro and in vivo models have established that epigenetic modifications caused by in utero exposure to environmental toxicants can induce alterations in gene expression that may persist throughout life. Epigenetics is an important mechanism in the ability of environmental chemicals to influence health and disease, and BPA and phthalates are epigenetically toxic.

BPA, Bisphenol A, “is an organic synthetic compound with the chemical formula (CH3)2C(C6H4OH)2 belonging to the group of diphenylmethane derivatives and bisphenols, with two hydroxyphenyl groups. It is a colorless solid that is soluble in organic solvents, but poorly soluble in water. It has been in commercial use since 1957.”

“Critics of BPA cite the potential effects of low doses as a cause for concern. Research has shown that BPA mimics estrogen, a naturally occurring hormone, and therefore can affect the body’s endocrine system. BPA’s effects are often most pronounced when humans are in stages of rapid development, such as in the womb or during childhood. Laboratory studies conducted since the 1990s have noted that low-dose BPA exposure may be connected to abnormal penis development in males, early sexual maturation in females, an increase in neurobehavioral problems such as attention deficit hyperactivity disorder (ADHD) and autism, an increase in childhood and adult obesity and type 2 diabetes, and an increase in hormonally mediated cancers, such as prostate and breast cancers.” — National Geographic

Therefore, it would not only turn men into homosexuals, but in addition, it would also eventually convert humans into hermaphrodites. Hormonal disruption in both males and female wreaks havoc on the entire body and can cause diseases. So why would these corporations, who supposedly care about our health, willingly inject this chemical into a lot of the food and drinks we consume?

However, there is more to this matter than that; this is Biblical.

18 [a]And be not drunk with wine, wherein is [b]excess: but be fulfilled with the Spirit,

Footnotes
A -Ephesians 5:18 He setteth the sober and holy assemblies of the faithful, against the dissolute bankers of the unfaithful, in which the praises of the only Lord must ring, be it in prosperity or adversity.
B -Ephesians 5:18 All kind of riot, joined with all manner of filthiness and shamefulness.

The study didn’t prove that sexuality is fluid, rather it proved that the chemicals included in food and drink are actively altering gene expression. Furthermore, it proved that there is estrogen or estrogen-mimickers within alcohol.

Activist Post: Ancestry.com Is Now Sharing Your DNA With The Police

The Future; Martial Law Tech, Gravity Sensors that can See Through...