Imagine a soldier capable of any task, capable of switching from a grunt to operating a plane within a matter of weeks. The military could then train any individual on the planet and turn them into elite killing machines. As of right now this is not a possibility; but in the very near future it will be a reality. DARPA is working on a new program called TNT (Targeted Neuroplasticity Training). This program would enhance the pace and effectiveness of a specific kind of learning—cognitive skills training—through the precise activation of peripheral nerves that can in turn promote and strengthen neuronal connections in the brain. 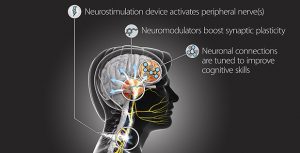 The program cannot only be used to restore lost brain functions but to also enhance them beyond normal abilities. Enhancing the brains capabilities would birth super soldiers capable of completing any task given; and capable of learning any position.

TNT will attempt to reorganize neurons in the brain by manipulating natural synaptic plasticity in the brain. With the aim of reducing costs and using less drugs, Doug Weber, the programs manager, plans to use this method on certain roles in the military; foreign language specialists, intelligence analysts, cryptographers, and others.

“Recent research has shown that stimulation of certain peripheral nerves, easily and painlessly achieved through the skin, can activate regions of the brain involved with learning,” said TNT Program Manager Doug Weber, adding that the signals can potentially trigger the release of neurochemicals in the brain that reorganize neural connections in response to specific experiences. “This natural process of synaptic plasticity is pivotal for learning, but much is unknown about the physiological mechanisms that link peripheral nerve stimulation to improved plasticity and learning,” Weber said. “You can think of peripheral nerve stimulation as a way to reopen the so-called ‘Critical Period’ when the brain is more facile and adaptive. TNT technology will be designed to safely and precisely modulate peripheral nerves to control plasticity at optimal points in the learning process.”

However, there is a problem. There could be an unknown effect on the psychological status of the person. In other words, this could be the gateway to creating a human drone. The military industrial complex does not care about it’s personnel, they only care about creating the ultimate weapon on the battlefield, because it produces results.

This goes all the way back to MK Ultra. MK Ultra effected the individuals involved for life, the CIA began the hippie movement, and paved the way for the pacifism in this country. Testing done by DARPA will have the same effect. Testing on the human brain is never a wise thing to do because every brain is different. The risks outweigh the outcome goals but all of that will be simply wiped under the rug as the military picks and chooses the trainees for testing.

Recently, a new project began. That project is about reverse engineering the brain to find out how it can be duplicated to produce machine learning. IARPA, and DARPA are both apart of the research divisions of The US Military Industrial Complex and both are involved in the attempt to reverse engineer the brain into computing.

Altering the brain’s functions, and testing a humans ability to learn is dangerous; and as DARPA stated the effects on the psychological status of a person could be detrimental. This paves the way also for the effective martial law takeover of America.