Discovered in the Golan Heights, the wheel of the giants/Nephilim, is a landmark that defines that time period. What is being labeled as ‘prehistoric’, and an almost identical twin to Stonehenge in England begs further research into such an interesting site. 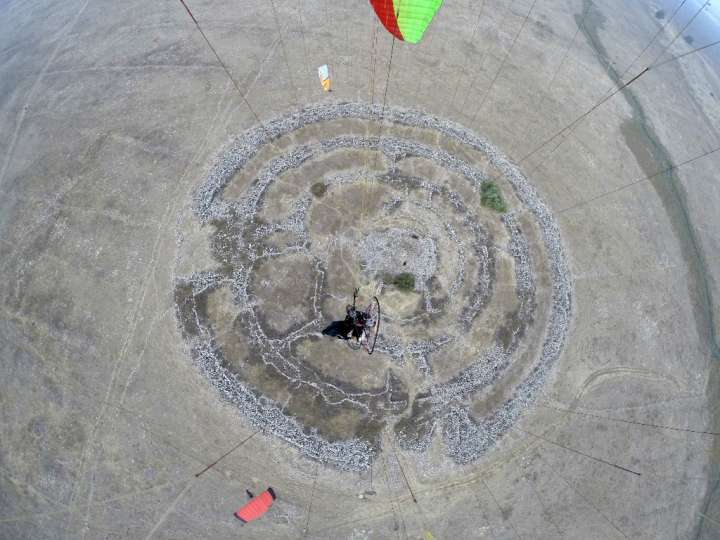 GOLAN HEIGHTS (Reuters) – Driving past it, one of the most mysterious structures in the Middle East is easy to miss. The prehistoric stone monument went unnoticed for centuries in a bare expanse of field on the Golan Heights.
After Israel captured the territory from Syria in a 1967 war, archaeologists studying an aerial survey spotted a pattern of stone circles not visible from the ground. Subsequent excavations revealed it was one of the oldest and largest structures in the region.
Known as Rujm el-Hiri in Arabic, meaning the “stone heap of the wild cat”, the complex has five concentric circles, the largest more than 500 feet (152 m) wide, and a massive burial chamber in the middle. Its Hebrew name Gilgal Refaim, or “wheel of giants”, refers to an ancient race of giants mentioned in the Bible.
It is up to 5,000 years old, according to most estimates, making it a contemporary of England’s Stonehenge. Unlike the more famous monument built with about 100 huge stones topped by lintels, the Golan structure is made of piles of thousands of smaller basalt rocks that together weigh over 40,000 tons.
“It’s an enigmatic site. We have bits of information, but not the whole picture,” said Uri Berger, an expert on megalithic tombs with the Israel Antiquities Authority.