Why in the world would sixty-seven non-military federal agencies be stockpiling weapons of war? $1.48 billion was spent on guns, ammunition, and military-style equipment by the federal government to weaponize organizations such as the Smithsonian and the FDA.

The organizations involved include and are not limited too: “Administrative agencies including the Food and Drug Administration (FDA), Small Business Administration (SBA), Smithsonian Institution, Social Security Administration, National Oceanic and Atmospheric Administration, United States Mint, Department of Education, Bureau of Engraving and Printing, National Institute of Standards and Technology, and many other agencies purchased guns, ammo, and military-style equipment.” 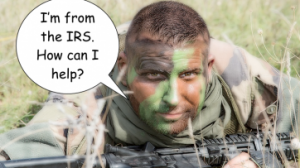 When the IRS owns just as many weapons as the local police; it cannot get any clearer, the USA has become a totalitarian state gearing up for war against its citizens. The militarization of America is so evident according to the documents obtained by OpenTheBooks; that the report even showed up on CBSNews.

Roughly 200,000 non-military federal officers and security personnel not attached to the Pentagon are geared up for a war against the citizens. Over the past twenty years, the size and scope of the federal government have grown dramatically. Further providing evidence that a totalitarian, martial law style state is dead ahead for the citizens of the USA.

The US is changing shape with guard towers at malls, Walmarts turned into “disaster centers”, Nazi style train cars, military movements ongoing throughout the US, and this is only a tiny bit of what is physically happening around the United States. With Federal agencies gearing up for the “Apocalypse,” is it really that far of a stretch to imagine that the federal government created FEMA camps to house citizens as well? Virtually every American should understand that Martial Law is coming to the US; how else can the Federal government explain the mass stockpiles of weapons? 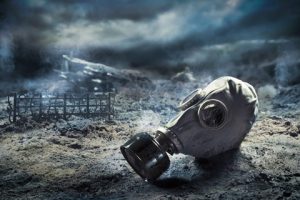 If there was ever a whim of this labeled as a conspiracy; answer this. Why does The Animal and Plant Health Inspection Service need .308 caliber rifles, night vision goggles, propane cannons, liquid explosives, pyro supplies, buckshot, LP gas cannons, drones, remote controlled helicopters, thermal cameras, and military waterproof thermal infrared scopes? Did the news forget to report the zombie apocalypse or something?

It all comes down to the fact, that billions of dollars are being spent on supposedly non-military federal agencies to gear up for martial law, FEMA camps, civil war, and the economic collapse. This document showcases the reality of the war-state the US lives in.