Leaked by the Filipino government was a conversation between President Trump and Rodrigo Duterte, in which Trump claims that China is the last card holding back US intervention in North Korea. In accordance with the President’s words, his latest tweet signals that the USA may just be done waiting.

Donald Trump tweeted: “While I greatly appreciate the efforts of President Xi & China to help with North Korea, it has not worked out. At least I know China tried!” 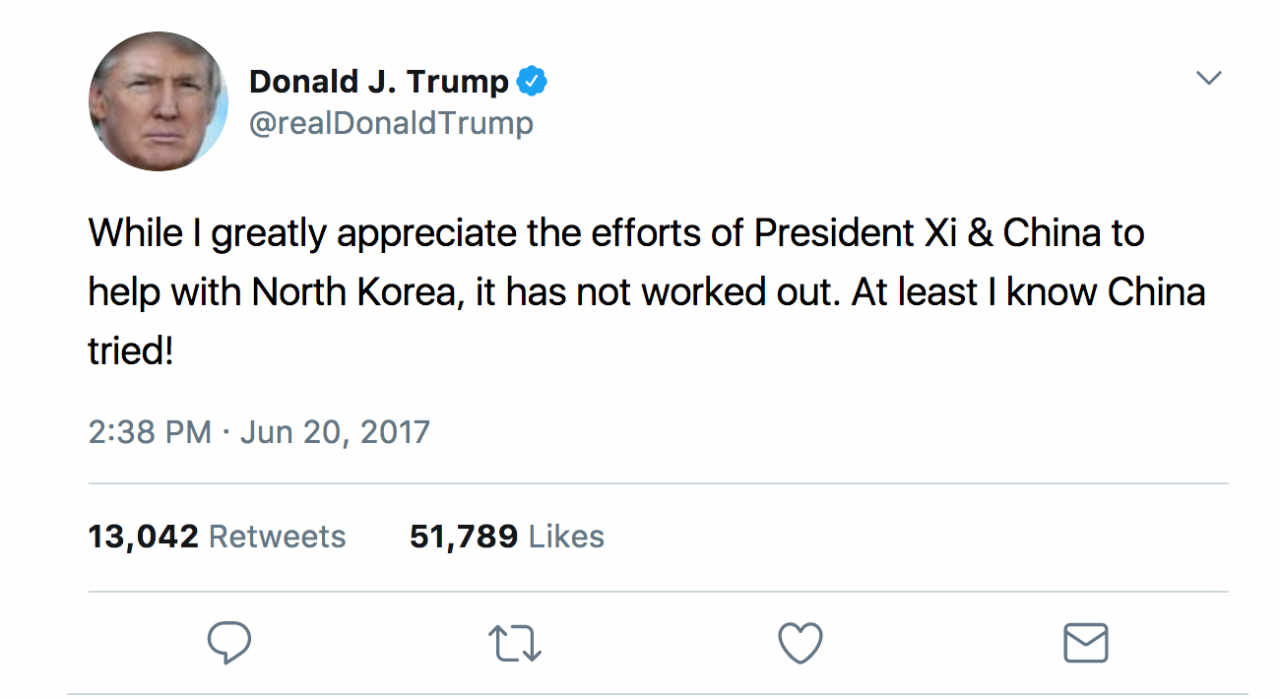 In addition to Trump’s statements, several prominent geopolitical analysts have warned of the situation in North Korea deteriorating, including George Friedman, the founder of Geopolitical Futures.

Only time will tell how the situation unfolds, stick close to christianjournal.net/news for the latest information.