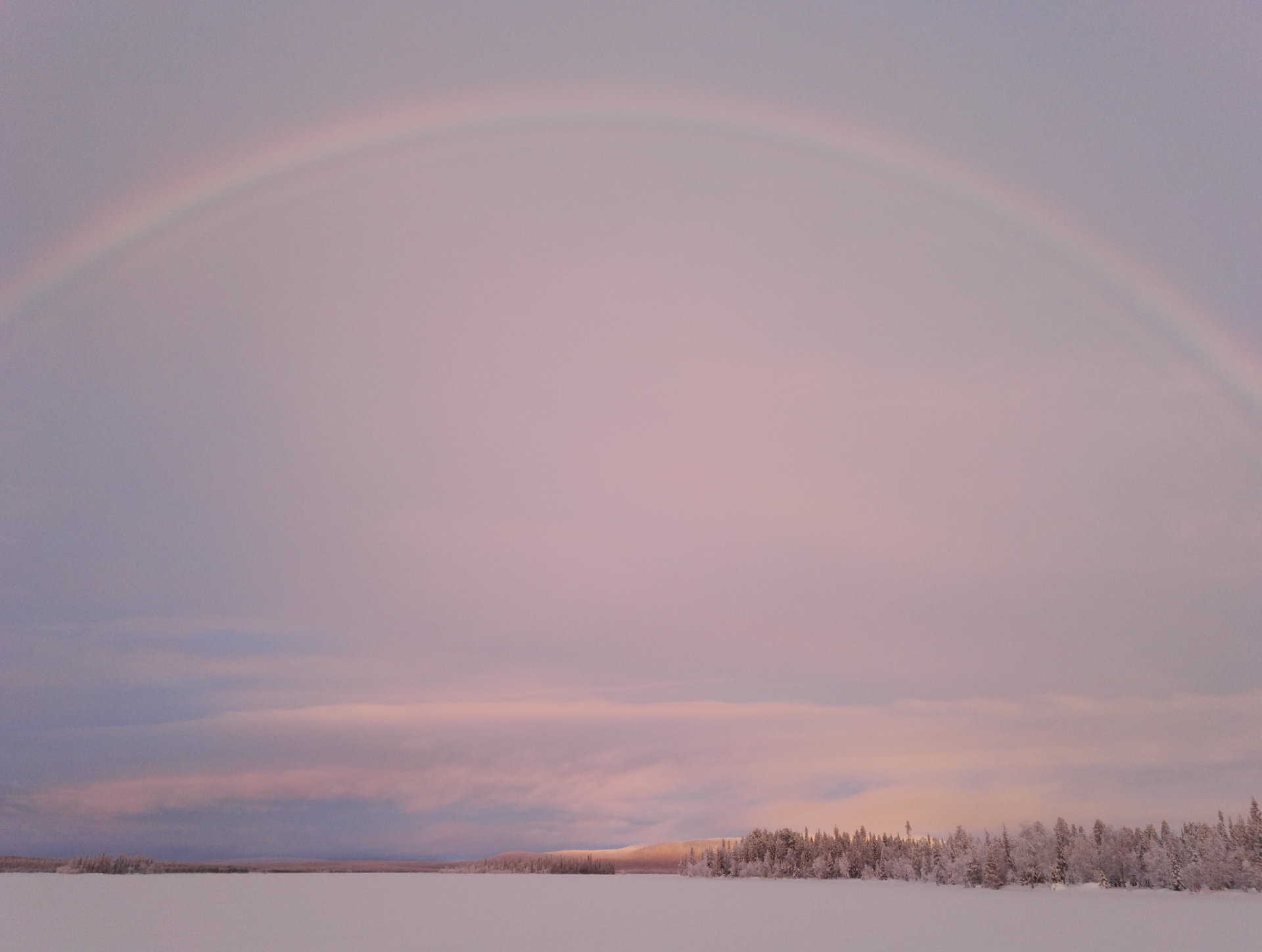 Rainbows are symbolic as they signify the promise of God not to use water to destroy the land once again.

Rainbows usually require liquid water. Droplets falling out of the sky intercept beams of sunlight, reflecting them back in a colorful spray of red, green, and blue. Yesterday, Valtteri Immonen saw such a rainbow over Muonio, Finland, but something was missing: the raindrops. “It was -6 degrees C, no rain and no snowfall,” he says. “Yet there was a huge rainbow across the sky.”

3 I have set my bow in the cloud, and it shall be for a sign of the covenant between me and the earth.
14 And when I shall cover the earth with a cloud, and the bow shall be seen in the cloud,
15 Then will I remember my covenant which is between me and you, and between every living thing in all flesh, and there shall be no more waters of a flood to destroy all flesh.
16 Therefore the bow shall be in the cloud, that I may see it, and remember the everlasting covenant between God and every living thing, in all flesh that is upon the earth.

1 After this I looked, and behold, a door was open in heaven, and the first voice which I heard, was as it were of a trumpet talking with me, saying, Come up hither, and I will show thee things which must be done hereafter.
2 And immediately I was ravished in the spirit, and behold, a throne was set in heaven, and one sat upon the throne.
3 And he that sat, was to look upon, like unto a Jasper stone, and a sardine, and there was a rainbow round about the throne, in sight like to an emerald.