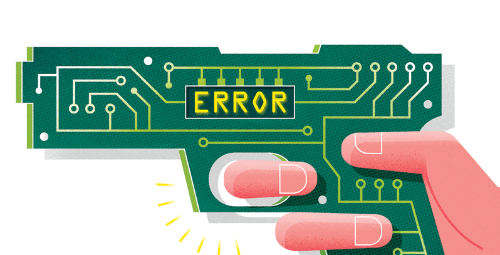 The New World Order is rising, crushing the rights of individuals far and wide. However, in America the freedoms U.S. Citizens enjoy as of right now will soon be long gone. Coming soon to a store near you is the futuristic “smart gun” brought to you by the Obama administration. Technology is changing the world, the advances are in exponential steps, and once we cross “that” line; there is no going back.

The sinister approach to new smart gun technology will enable the ultimate tracking of firearms across the country. What will be brought about because of “safety and security” will destroy the remaining rights of US citizens. Smart gun technology is the end of the second amendment, and Obama just brought it about. 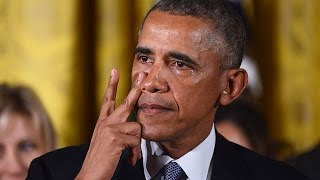 Obama promised that his final year would be an epic one, as well as during the latest correspondence dinner the sinister jokester claimed that “the end of the Republic never looked so good.” That’s because they, the Illuminati, did not storm down our streets and doors, they did not come by brute force; but rather a subliminal force as they trampled their way into our lives, homes, schools, places of business, and soon into our hands and foreheads.

On Friday, April 29th, 2016; the President announced that he would boost the development of smart gun technology, by supporting and encouraging manufacturers to build and test tech-enabled firearms and help companies sell the firearms to federal agencies and state law enforcement.

The technology ranges from biometrics, like fingerprint scanners or passcode to radio frequency transmitters in a ring or bracelet the shooter wears. The inevitable, the prophecy, all of it is coming to reality; through the use of biometrics, the police, the federal agents, and the military will all be under the mind control of the microchip.

As stated in prophecy no one will buy or sell without the mark of the beast, slowly but surely this is becoming a reality. Time and time again, have people far and wide warned against the use of said technology, and warned how it will effect the world. However, those who choose not to listen are fast asleep living in the “Brave New World” utopia.

Connecting the dots, between smart gun technology and microchipping technology; as stated in their plans for smart guns via the use of biometrics. There will come a time, when the “bracelets”, finger prints, passcodes, and rings will just simply not work; because they can get stolen, or lost. After this technology gets rolled out, they will bring about an easier way, a faster way, and a “better” way for the technology to work; and that will be via the use of a skin embedded microchip.

Smart gun technology has the ability to push forward forcibly the gun control agenda. How? Because eventually; the system, the government, will make laws that no one can own a firearm unless they are “smart.” However, the government claims that such firearms will further enable peace and safety, but in reality; it only allows the hacking of firearms. Time and time again, Americans, continue their slumber while the ruling elite trample all over our rights and freedoms.

They are coming America, are you ready?

Every single year, more than 30,000 Americans have their lives cut short by guns. Whether it is from suicide, domestic violence, a gang shootout, or an accident, too many Americans have lost loved ones, including too many precious children. Many have had to learn to live with a disability, or help a loved one do what was once effortless.

That’s why in January, President Obama outlined a number of new, commonsense steps that his Administration is taking to protect our children and communities from gun violence. Today, we are announcing important progress in implementing those steps. 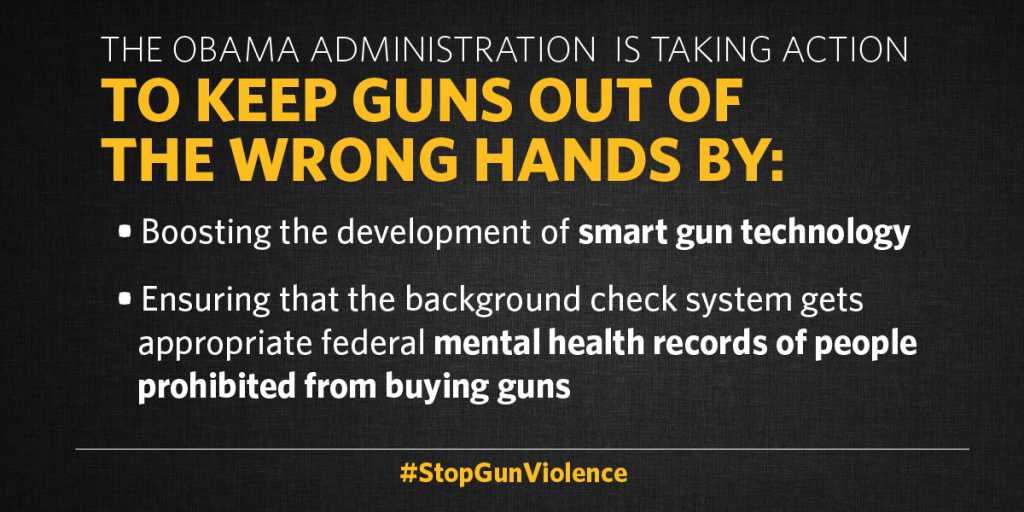 First, smart gun technology. A significant number of gun deaths occur every year because someone other than the gun’s owner was handling it – whether it’s a child who finds a gun at home and shoots it accidentally, or the criminals who obtain stolen or trafficked firearms. So the President took action to boost the development of smart gun and gun safety technology that can prevent these deaths from happening.

“If we can set it up so you can’t unlock your phone unless you’ve got the right fingerprint, why can’t we do the same thing for our guns? If a child can’t open a bottle of aspirin, we should make sure that they can’t pull a trigger on a gun.”
President Obama

He then issued a Presidential Memorandum directing the Departments of Defense (DOD), Homeland Security (DHS), and Justice (DOJ) to prepare a report outlining a strategy for expediting the real-world deployment of smart gun technology.

Today, those agencies are releasing that report. Here are the highlights:

ogether, these actions have the potential to jumpstart the development of proven gun safety technologies that can save lives and preserve the effectiveness of our firearms. There is no problem that America’s innovators cannot solve, and we are confident that by focusing the private sector’s attention on smart gun technology, we will unlock life-saving innovations.

Even apart from the steps announced by President Obama earlier this year, including additional efforts to promote smart gun technology, DOJ’s National Institute of Justice (NIJ) will continue to support a broad range of research to better understand gun violence in our country. For example, NIJ has indicated that it anticipates awarding up to $3 million to support investigator-initiated research to “strengthen our knowledge base and improve public safety by producing findings with practical implications for reducing firearms violence.” As in so many other areas of life, this important research and science can help keep us all safe.

Second, mental illness. In January, the President called for a new $500 million investment in mental health treatment and underscored the increased mental health coverage that the Affordable Care Act has made possible. While recognizing that individuals with mental illness are more likely to be victims of violence than perpetrators, he also made clear that we do need to do a better job of ensuring that those who are already prohibited by law from buying a gun cannot obtain one.

Was Justice Scalia Murdered To Gut The Second Amendment?