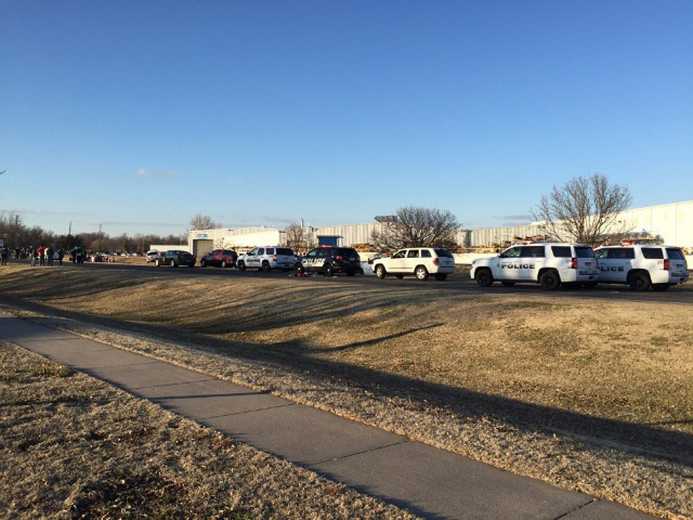 HESSTON, Kansas–The Harvey County sheriff says “as many” as 3-4 were killed–including the suspect–and up to 20 were hurt in attacks around Hesston, Kansas on Thursday.

Harvey County Sheriff T. Walton said at a news conference Thursday evening that there are “a number of crime scenes involved,” including the Excel Industries plant where dispatchers earlier said they were responding to a shooting.

The sheriff told reporters that authorities first received a report of a man having been shot while driving. Second, a person was reported shot in the leg. Third, a report came in about a shooting in the parking lot of Excel. Finally, an active shooter was reported inside the workplace, Walton said.

The shooter was not identified.

“This will take some time to worth through this,” Walton said, citing the number of crime scenes and people involved.

Excel Industries is a lawn mower products business in south-central Kansas, and the shooter was an employee there.

Walton called the shooting earlier in the day “just a horrible incident. There’s going to be a lot of sad people before this is over.”

He says the sheriff’s office is investigating the attacks along with the FBI and Kansas Bureau of Investigation.

Hesston is a community of about 3,700 residents about 35 miles north of Wichita.

One arrested after radioactive device found in vehicle; Road reopened |...