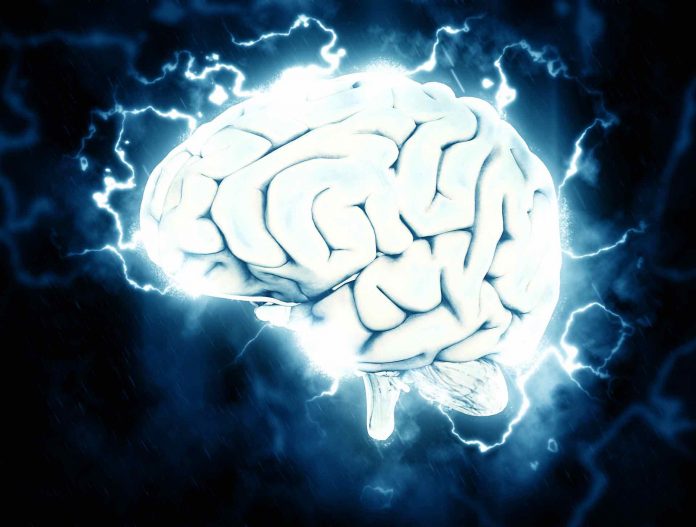 Scientists from Northwestern University published a study in the journal Neuropsychologia attempting to establish a link between religious fundamentalism and brain impairment.

The findings suggest that religious fundamentalists have less cognitive flexibility, in addition, the study states that damage to particular areas of the prefrontal cortex indirectly promotes religious fundamentalism. In other words, science is now attempting to say that those who believe the Bible have brain damage.

The prefrontal cortex is a region of the brain which is implicated in planning complex cognitive behavior, personality expression, decision making, and moderating social behavior. The most well-known function of this region is considered to be executive function; “abilities to differentiate among conflicting thoughts, determine good and bad, better and best, same and different, future consequences of current activities, working toward a defined goal, prediction of outcomes, expectation based on actions, and social “control” (the ability to suppress urges that, if not suppressed, could lead to socially unacceptable outcomes).”

The study was led by Jordan Grafman of Northwestern University and utilized data from Vietnam War Veterans. The veterans were chosen because a large number of them had damage to brain areas suspected of playing a critical role in functions related to religious fundamentalism. CT scans were taken from both a group of healthy Veterans and the aforementioned group, in addition, the majority of those tested identified as Christian.

The scientists who conducted the study believe that adherence to religious fundamentalism is the result of some form of brain damage whether it be by brain trauma, a psychological disorder, a drug or alcohol addiction, or simply a particular genetic profile. Also, the scientists believe that in the near future, through various kinds of mental and cognitive exercises the adherence to religious fundamentalism can be eradicated.

Science has yet to disprove the possibility of God and as a result, have resorted to calling those who adhere to a belief system as damaged.

Christian fundamentalism began in the late 19th and early 20th centuries among British and American Protestants as a reaction to theological liberalism and cultural modernism. Fundamentalists argued that 19th-century modernist theologians had misinterpreted or rejected certain doctrines, especially biblical inerrancy, that they viewed as the fundamentals of the Christian faith. Fundamentalists are almost always described as having a literal interpretation of the Bible. A few scholars regard Catholics who reject modern theology in favor of more traditional doctrines as fundamentalists. Scholars debate how much the terms”evangelical” and “fundamentalist” are synonymous. In keeping with traditional Christian doctrines concerning biblical interpretation, the role Jesus plays in the Bible, and the role of the church in society, fundamentalists usually believe in a core of Christian beliefs that include the historical accuracy of the Bible and all its events as well as the Second Coming of Jesus Christ.

The world over, there are roughly 2.3 billion Christians, according to the Pew Research Center, most of which adhere to the basic belief of God and the moral absolutism as described in the Bible, which is considered religious fundamentalism. As per the aforementioned study and the generic description of religious fundamentalism, apparently, all of them are considered to have some form of brain damage.

The research into such was incredibly biased because the subjects were all veterans. How can one make a generalization about all Fundamental Christians without including a wide variety within the study? By studying only Vietnam veterans majority of whom have faced injury in one particular part of the brain, psychologists are attempting to connect to their beliefs, the results can easily be interpreted to say that Christian fundamentalists have brain damage, but what about the rest of the community that was left out of the study? Why weren’t Fundamental Christians who had not faced injury or the trauma of war included in the study?

Astonishingly rather than believe in a creator, science would have us believe that humanity originated from either comet dust, Martians, and or have evolved from absolutely nothing. Science has one sound problem with its determination that God doesn’t exist, they have no evidence of the latter, rather evolutionists utilize indoctrination, militant ideology, and demoralizing methodology to obliterate any remaining decency.

One question, in regards to the argument of creation vs evolution, if humanity evolved sequentially from nothing, how did intelligence originate?

Regardless of your stance on the previously mentioned psychological matter, if you define your moral obligations to uphold simple laws such as not to murder and not to steal, please know that the origins of such have resulted from adherence to the Bible, or what scientists call religious fundamentalism. The adherence to these simple Biblical points have translated into laws which are still carried out across the world today. Tracing the origins of modern society, we find the morality that encompasses our legal system is defined squarely by the Bible.

The stupidity of these so called scientists is amazing!!! How much tax payer money went to idiots like these morons! What’s next reeducation camps just… Read more »

What if Faith has nothing to do with Religion. Religion is a man made Tradition and Ancient Belief that Jesus abolished at the cross. No… Read more »

It’s starts with “labeling” people: First you call them Fundamentalists, then those same people are deemed not mentally stable (based on some dogdey, pseudo-scientific study),… Read more »

It is no secret in this 21st century. Satan and his minions are trying their hardest to banish a belief in Yaushua and the fundamental… Read more »

Hello,
„the scientists who conducted the study“aka one of Satan’s minions.
Spoilers Jesus wins in the end 👏🏻.