A Wisconsin company is aiming to be the first corporation in the US to offer microchip implants to its employees.

The company, 32M, designs software for break room markets that are commonly found in office complexes. 32M boasts that they have markets in North America, Europe, Asia, and Australia.

According to Three Square Market Chief Executive Officer Todd Westby, the company has technology that allows people to purchase snack items from vending machines straight from their cell phones already, but now Westby wants to expand that to implantable microchips. Starting on August 1st, 2017 over fifty employees of the Wisconsin based company are opting in to have the microchip implanted under their skin.

“We’ll come up, scan the item,” he explained while showing how the process will work at an actual break room market kiosk. “We’ll hit pay with a credit card, and it’s asking to swipe my proximity payment now. I’ll hold my hand up, just like my cell phone, and it’ll pay for my product.”

In addition to being able to purchase with the microchip employees that opted in can open doors with the implant and login to their computers. Each RFID chip costs roughly $300, and 32M will pay for its employees to undergo the process of obtaining them.

No one at 32M is required to get the microchip, and there is no additional GPS tracking of the radio frequency produced by the implant.

According to Scripture, the RFID implants are actively paving the way towards the Mark of the Beast;

16 And he made all, both small and great, rich and poor, free and bond, to receive a mark in their right hand or in their foreheads.
17 And that no man might buy or sell, save he that had the mark or the name of the beast or the number of his name.

What makes the current RFID chip not the actual Mark of the Beast? It can be taken out. However, RFID microchips are a direct resemblance of what is mentioned in Revelation 13:17; “that no man might buy or sell, save he that had the mark or the name of the beast or the number of his name.”

Being that, in our current world, no one is forced to obtain a microchip to make purchases or sell products, currently the rice grain technology is not the actual Mark of the Beast mentioned in scripture, again, however, it is a direct resemblance of what is rapidly coming down the road.

Culture and society first have to accept the technology that replaces the debit card, which could be a version of the microchip and then after such takes place the mark of the beast could come about. What is taking place now, is the beginning throws of the technology that can and probably will replace the credit/debit card.

In 2007 NBC posted a video which mentioned that by the end of 2017 everyone could have an implantable RFID chip.

It’s 2017, and not everyone, in fact almost no one, has an implantable chip. Which goes to show that the replacement technology does, in fact, take time to come about. However, with technology that timeline is exponential, meaning that with every single development of technology the time between ‘upgrades’ gets smaller and smaller until of course the end goal is accomplished. For example, the RFID chip has come about, just not under your skin. Instead, it’s on your debit card.

The EMV chip is actively being rolled out from banks all across the United States, and around the world. What is an EMV chip? 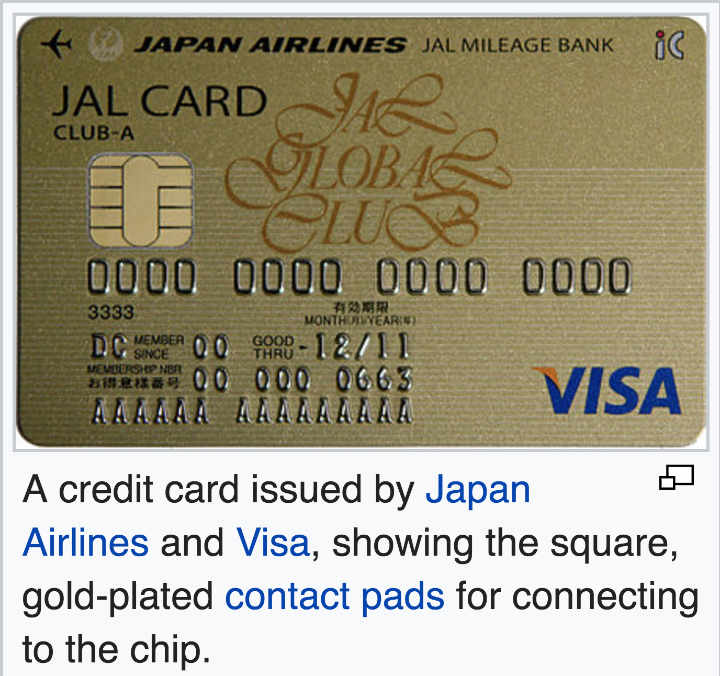 EMV is a technical standard for smart payment cards and for payment terminals and automated teller machines that can accept them. EMV cards are smart cards (also called chip cards or IC cards) that store their data on integrated circuits in addition to magnetic stripes (for backward compatibility). These include cards that must be physically inserted (or “dipped”) into a reader and contactless cards that can be read over a short distance using radio-frequency identification (RFID) technology. Payment cards that comply with the EMV standard are often called Chip and PIN or Chip and Signature cards, depending on the authentication methods employed by the card issuer.

The EMV is a ‘version’ of the RFID microchip, suggesting that after the successful adoption of the EMV chip, implantable technology could begin. No longer would purchasers need to carry a card instead they could just implant the card or circuitry, under their skin and carry it with them at all times. Inevitably banks, grocers, malls, and virtually all places of businesses could require such technology to complete purchases. Thus the environment for the Mark of the Beast could come about as Scripture correctly states.

Either way, be safe, don’t implant the RFID chip.