It seems as thought almost every year North Korea threatens to nuke US this time it is being taken a little more serious however. The sanctions that have been weighed against North Korea by the US are killing the Korean economy, and the recent cyber attacks from North Korea are still being felt in the US. This however, could be the reason that the US is beginning to attack(sanction) North Korea harder. However, the amount of times North Korea has threatened to attack the US outnumbers greatly the times that it has actually happened.

North Korea claims that they are going to use advanced atomic weapons, we will see about that. Below is from – INSIDE Korea JoongAng Daily.:

The National Defense Commission released a statement through the North’s state-run Korean Central News Agency to declare that it is no longer interested in having talks with the Barack Obama administration.

The statement, issued at the “authorization” of the regime’s young ruler Kim, was the latest in a series of threats issued by Pyongyang against Washington.

Complaining that the Obama administration is trying to induce the North’s collapse, the North threatened “retaliatory action of justice” including a strike on the U.S. mainland.

Americans “should be mindful that the time of nightmares is coming nearer when they will meet the most disastrous, final doom on the U.S. mainland,” the commission warned. 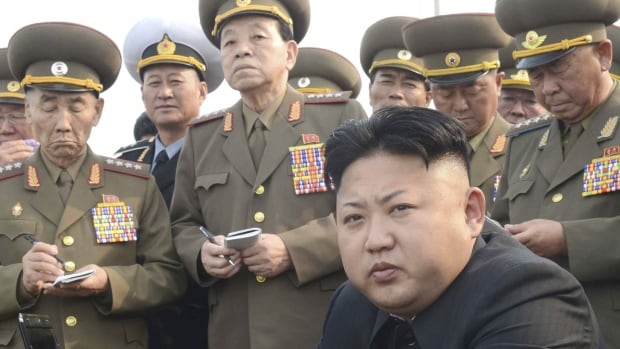 It promised an eye-for-an-eye retaliation campaign against the United States using all possible means, including “smaller, precision and diversified” nuclear weapons. The North said it will operate all its ground, maritime, underground, air and cyberwarfare capabilities strategically to defeat the United States.

The statement appeared to signal an end of recent efforts by the North and the United States to resume talks on ending Pyongyang’s nuclear arms development. It was reported earlier this week that the two countries tried to arrange a meeting but failed.

The North’s threat of a nuclear strike against the United States also came amidst growing concerns in Washington that the young ruler may order another nuclear arms test.

Marine Corps Lt. Gen. Vincent Stewart, chairman of the Defense Intelligence Agency; Mark Chandler, acting director for intelligence for the Joint Staff at the Pentagon; and Lt. Gen. William Mayville, director for operations at the Joint Staff, submitted joint testimony to the House Armed Services Committee on Tuesday expressing their concerns, the Voice of America reported.

In the statement, the three top security officials said the North “continues to develop its nuclear and missile programs which pose a serious threat to the U.S. and regional allies.”

They also expressed concerns that the North is developing longer-range missiles capable of hitting the U.S. mainland and trying to develop technology to place miniaturized nuclear warheads on them.

They said the North may conduct another nuclear test, which will be its fourth. In November, the Kim regime already warned that it will conduct a nuclear test in protest of the international community’s pressure over its rights abuses.

Military tensions on the Korean Peninsula are expected to worsen as the South and the United States start a joint military exercise next month. The North has protested the annual drill.

South Korea said it will continue efforts to talk with the North. “The government’s stance remains unchanged,” Lim Byeong-cheol, spokesman of the Unification Ministry, said Wednesday.

via North threatens to nuke U.S. in a broad campaign-INSIDE Korea JoongAng Daily.