The Pope clearly does not understand or regard scripture, recently Pope Francis stated that Christians should apologize to homosexuals for “offending” them.

Francis is flat out the most absurd religious leader in history. Never has a “church” leader gone so totally against what the text of his belief states. Catholics are notorious for blaspheming the Bible and contradicting scripture but the Pope takes it to a whole new level.

In a press conference Sunday on the flight back to Rome after his weekend trip to Armenia, the pontiff said bluntly: “The church must say it’s sorry for not having comported itself well many times, many times.”
“I believe that the church not only must say it’s sorry … to this person that is gay that it has offended,” said the pope. “But it must say it’s sorry to the poor, also, to mistreated women, to children forced to work.”

Pope Francis, which himself is shrouded in controversy, believes that the Church should apologize to those who seek the destruction of the common family, and to whose agenda is to destroy traditional marriage?

It is all an agenda, and the agenda regarding homosexuals is that to completely destroy men and women, create a crisis within themselves, and then “accept” them within society. So far it is playing out exactly as the following frightening secret homosexual manifesto states.

“I will repeat the same thing I said on the first trip,” Francis said today, referencing the press conference he held on a return flight from Rio de Janeiro, Brazil, in 2013. “I will also repeat what the Catechism of the Catholic Church says: that [gay people] should not be discriminated against, that they have to be respected, pastorally accompanied.”

“The matter is a person that has that condition [and] that has good will because they search for God,” said the pontiff.

“Who are we to judge them?” he asked, reframing his famous phrase from 2013 into the plural. “We must accompany well — what the Catechism says. The Catechism is clear.”

The Pope references, “who are we to judge them,” when the Bible clearly gave the authority to men to judge righteously as stated in John 7:24. There are so many levels in which the Pope violates scripture, and yet people still regard his authority, when in reality the man and the catholic church are in total denial to the Living God.

NCR. “ Francis: Christians must apologize to gay people for marginalizing them.” NCR. . (2016): . . http://ncronline.org/news/vatican/francis-christians-must-apologize-gay-people-marginalizing-them 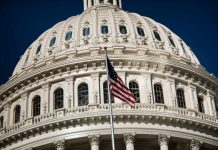 Federal Prosecutors Are Investigating the Catholic Church in Pennsylvania 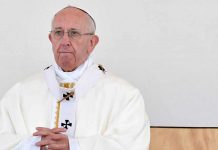 Pope Francis Signs Deal With Communist Government, Claims “Sign From God” Led to Agreement That is Placing Christians At Risk 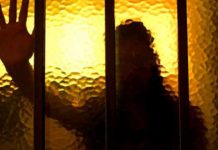