American Silver Eagle sales record of 47,000,000 achieved despite production halt in July and restrictive allocations to Authorized Purchasers in second half of the year.

Sales of American Gold Buffalo and American The Beautiful silver coins were second highest ever in 2015. 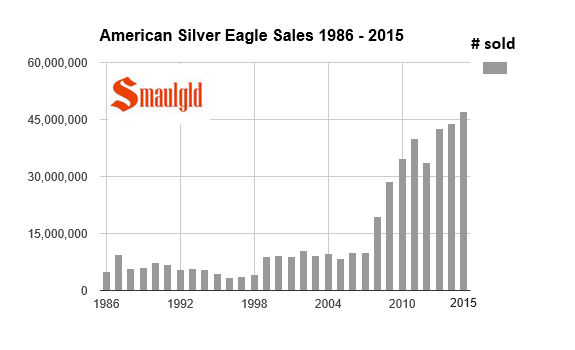