The truth is that mandatory vaccinations will soon be the law of the land. With how smoothly the industry is making themselves look to the public. All while throwing out individuals who seek natural medicine, the governmental agencies are seeking the chemically addicted, dumbed down the side of humanity.

Vaccines had worked for a little while before individuals began to realize they contain horrific chemicals, and such is the reason for all the rise in recent years about diseases. Vaccines are unethical, and proving that point all on their own. 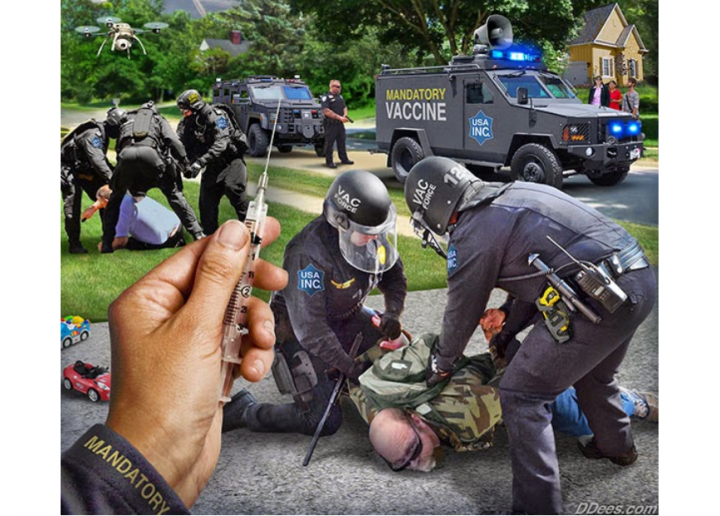 Fundamentally, biological warfare is sneaky. It involves a microbial sucker punch to its intended target, often accomplished in a manner in which the aggressor can claim clean hands, while his victim may suffer or die.

Biological warfare can take a number of forms. The question—how can you get a bacteriological or toxic agent on board without the target being alerted– has been asked and answered. In addition to using humans and animals as vectors, biological warfare agents can be airborne, waterborne, foodborne or put into pharmaceuticals.

Substantial concerns have been voiced concerning the potential for inserting bioweapons into vaccines. Indeed, given the history of known contaminated vaccines, this is hardly a matter of speculation. Polio vaccines have been found to contain cancer. A Merck rotavirus vaccine was found to be contaminated with a pig virus. Another Merck product, the Hepatitis B vaccine, was reported to have been laced with the AIDS virus. In addition, a tetanus vaccine distributed in the Third World was found to contain human chorionic gonadotrophin, an anti-fertility agent known to produce spontaneous abortions.

The correlation between the rise in vaccinations of children and autism has become an urban legend.

A Bill has just passed the US Senate, mandating that the US Department of Veteran Affairs ensure that all veterans receive immunizations (vaccines) per a draconian schedule. At this juncture, active military must receive over a dozen vaccines. This piece of legislation is therefore an effort to extend the vaccine mandate to those who have previously served their country.