First of all, lets get something clear. We at Intel Revolution don’t push the “fear of impending doom”. That’s not what Intel revolution is about, we push facts, reason, and information; backed by our best efforts to deliver the truth. Given all the warnings be advised some experts are stating that there is a possible life ending event within a week.

All of the below information is according to; Professor Robert Walsh, who “urges scientists to take the threat of an impending apocalypse seriously – because look what happened to the dinosaurs.”

Professor Robert Walsh, is the director of Research and Innovation at the University of Lancashire in the UK. Robert is active in astrophysics and is a member of the Solar Physics Research Group.

The Sun, our closest star, is the geometrical and gravitational centre of our Solar System – it provides all the light, heat and energy that is required for life here on Earth. The influence of the Sun extends over a vast region, called the Heliosphere, which includes the solar system planets. Due to the Sun being so near (150 million km, which in astronomical terms is tiny!) we can observe it in immense detail. It is also very important to understand how this celestial object interacts with our planet. The research carried out by the solar group focusses on studying the Sun and how the Sun’s activity affects the Earth. The Solar Physics group is part of the Jeremiah Horrocks Institute. MORE

The Jeremiah Horrocks Institute (JHI) was originally established in 1993 as UCLan’s Centre for Astrophysics. It builds on a long tradition of astronomy in the Preston area dating back to the early 17th century with the pioneering work of the father of English astronomy, Jeremiah Horrocks, who was the first to predict, and then observe, a transit of Venus. The Institute now brings together over 40 academic staff, research fellows and PhD students from across the world in an intellectually vibrant atmosphere. A steady stream of visitors and seminars links the JHI to the international community.

Solar physics: the solar research carried out at the JHI focuses on studying the Sun and how the Sun’s activity affects the Earth. This is carried out using data from space-based observatories coupled with state-of-the-art modelling.
Stellar astrophysics: investigating stellar structure, formation and evolution, the atmospheres and winds of stars, and asteroseismology, which probes the interiors of stars through the study of their oscillations; this area also encompasses star and planet formation
Extragalactic astrophysics: a combination of computational, theoretical and observational studies of galaxy formation and evolution, tackling such diverse subjects as galactic nuclei and jets, galaxy structure, stellar populations, infrared properties and galactic archaeology, as well as the large-scale structure of the Universe and cosmology
All three broad areas are underpinned by a common interest in fundamental physical processes. The work of the JHI is advancing our knowledge and understanding of the Universe through research and education. MORE

Given the above information, the person making these claims happens to be a very knowledgeable person. NASA still is denying the fact that impending doom is nigh. Which brings up the question are we facing a cover up from NASA? Only time tells. Below is the article from Mirror.co.uk

A research expert says the world could still end because of a catastrophic meteor impact – despite NASA’s claims to the contrary.

With just over a week to go until the first rumblings of the end of days – it could be time to hone those contingency planning skills just in case you’re the last man standing – after all Earth has had a catastrophic impact before!

As a plethora of horrors are expected to rain down and ravage the planet including meteor strikes, earthquakes, tsunamis and even as some suggest a torrent from Almighty God himself – we decided to take some advice from experts who say that doom watchers may be on to something.

Conspiracy theorists still haven’t pin pointed when earth’s final day will come – insisting it could be anywhere from the 22 to the 28 September – but if we’re to believe them – then we should start bidding bye-bye to our loved ones soon.

Professor Robert Walsh, executive director of research at The University of Central Lancashire tapped into his extensive knowledge to put some historical context to this upcoming phenonmenon.

• So this asteroid strike, should we take it seriously?

What you may not realise is that Earth is hit with about a hundred tons of extraterrestrial material every day! However, this debris is in the form of numerous small rocks, the majority of which burn up in the planet’s atmosphere.

Earth has experienced very destructive impacts in the past – just ask any dinosaur; oh wait, you can’t! The Earth-smashing asteroid in that case has been estimated to be around 10 km across. So we have to take the threat seriously. 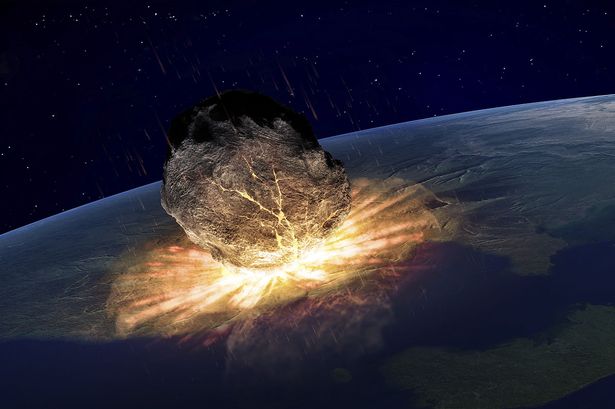 In fact, in February 2013, a lorry-sized space rock exploded in the skies above Chelyabinsk, Siberia. Spectacularly caught on camera phones as it sped across the sky, the force of the resulting blast smashed windows, injuring hundreds of people. However, the result could be much more devastating if this sort of event was repeated above a major centre of population like London, New York or Beijing.

• Is it possible that NASA may miss an asteroid travelling at speed?

The international astronomy community is taking seriously the slim threat of a devastating collision with asteroid. In April 2015, an international conference organised by the European Space Agency brought together several scientific disciplines (including astronomers, physicists and engineers) to debate and role-play the possibilities around dealing with an Earth directed asteroid collision. 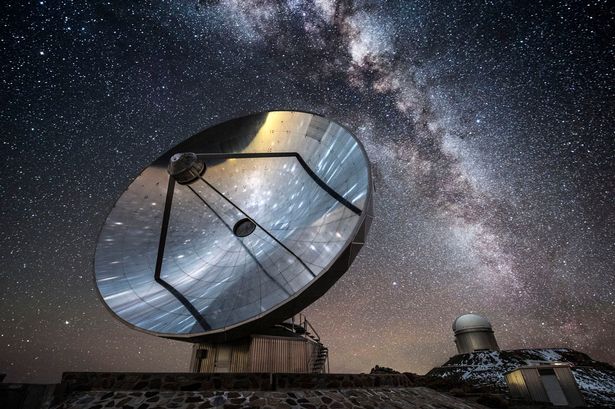