If you’ve been following our coverage of the New Horizons mission, you know that the NASA probe had a spectacular fly-by of Pluto on July 14 and, if the agency approves the funding, will scrutinize a “cold, classical” Kuiper Belt Object on New Year’s Day, 2019. It’s basically a chunk of ice and rock, maybe about the size of the District of Columbia. [See Rachel Feltman’s explanation of why astronomers are interested in these things.]

Astronomers so far have detected about 1,500 icy bodies in the Kuiper Belt, according to Scott Sheppard, an astronomer with the Carnegie Institution of Washington. A few of them are big enough to rank as “dwarf planets.” And there may be something much bigger lurking out there in the dark, says Sheppard. There are tantalizing hints of a hidden planet that’s bigger than Pluto, perhaps even bigger than the Earth — potentially Neptune-sized.

“I think there are definitely things out there bigger than Pluto that are yet to be discovered,” Sheppard told us. 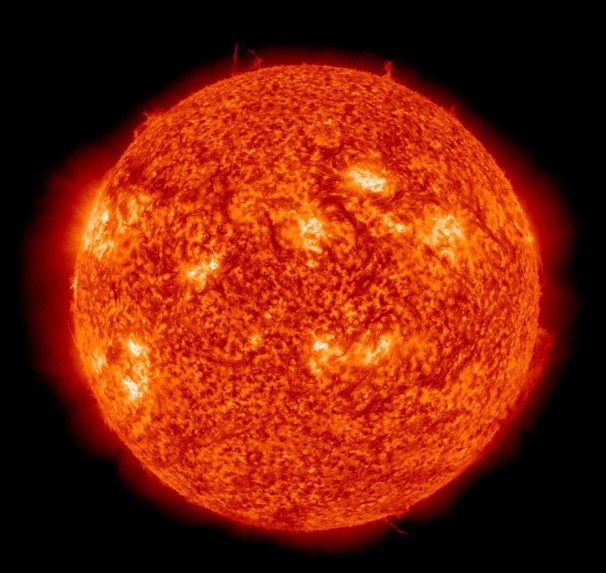 Sheppard and Chad Trujillo  of the Gemini Observatory in Hawaii  published a paper in the journal Nature in 2014 saying that  “a massive outer Solar System perturber may exist.” The paper reported discovery of what appears to be a dwarf planet, dubbed 2012 VP113 (nicknamed “Biden”), that’s currently about three times farther from the sun than is Pluto — out beyond Kuiper Belt. In describing this new world, the astronomers noted that a number of large, very remote objects share a similar orbital angle. That’s suspicious if you’re an astronomer expecting to see a random distribution of objects.

The key orbital feature is known, rather obtusely, as the “argument of perihelion.” We’re not shy of complicated orbital concepts (we try to toss around the phrase “obliquity of the ecliptic” whenever possible), but this one is not very easy to explain. “The argument of perihelion is the angle at which an object comes to perihelion with respect to the ecliptic plane,” Sheppard said in an e-mail. Mike Brown, the Caltech astronomer who discovered the dwarf planet Eris, tells us by e-mail,  “Scott’s claim is that all of these objects come to perihelion at the ecliptic, and all are going from below the plane to above the plane at perihelion.”

So there’s something seemingly non-random, indeed a striking pattern, in how these extremely distant objects move around the sun. And that suggests that there’s something out there influencing them — or, more precisely, making other types of orbits unstable.

Sheppard explains by e-mail the concept of the “disturber”:

A massive object or great disturber would perturb or disturb anything that came close to it.  So objects that stay away from the great disturber would be the most stable objects.  Thus the great disturber can “shepherd” objects into similar types of orbits with similar arguments of perihelion which are the orbits which constantly keep the smaller objects away from the bigger object.  This is seen in the Near Earth asteroids, where there is a preference for Near Earth Asteroids to have certain orbital angles to keep them away from close encounters with the Earth.

There might be some other explanation for the observed phenomenon. Hypotheses welcome.

“It’s at the level right now where we are banging our heads on the wall seeing if there’s another explanation,” Brown said.

Sometimes patterns involving small numbers of objects or events disappear upon further investigation. The 2014 paper was based on just a dozen objects. But Sheppard is preparing a new paper based on more recent discoveries: “We found a few more extreme Kuiper Belt objects and they continue to follow the trend,” he said in an e-mail.

Source: Is there a Planet X, a ‘massive perturber,’ hidden beyond Pluto? – The Washington Post

Strange and Very Rare Arctic Rainbow Streaks Across The Sky